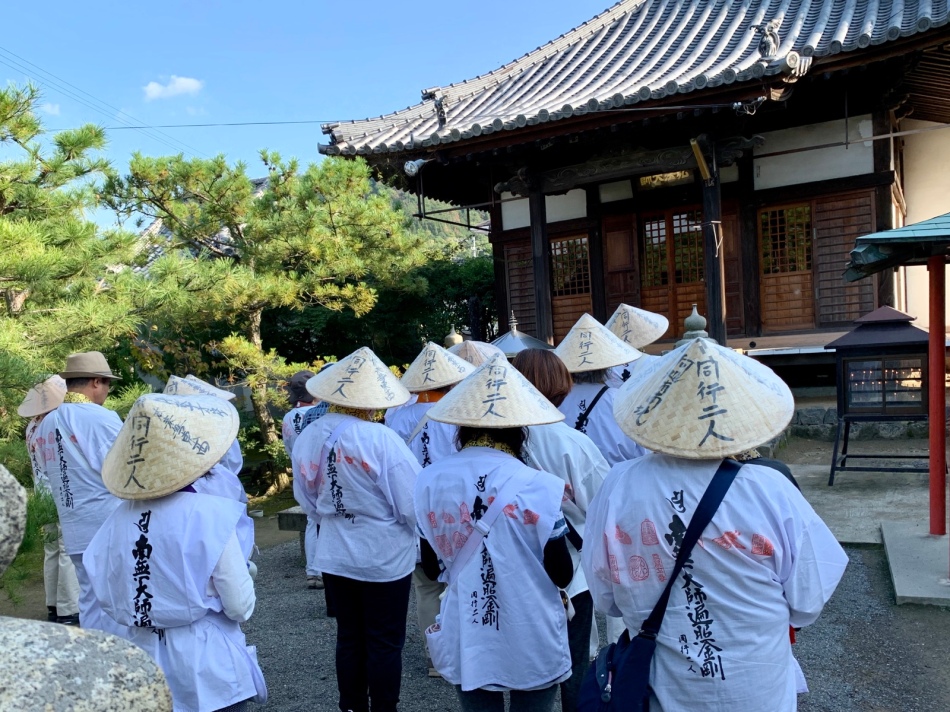 The day opened with a 6am morning service in Temple 75. The few benches were already occupied by the bus pilgrims who spent the night in the temple so I had to try sitting on my feet for 45 minutes. I abandoned that after 10 minutes and assumed the most dignified posture possible. But even the Japanese were shuffling around the floor as the minutes passed.

The service started with about half an hour of soft melodic chanting of sutras. It was very soothing with incense wafting over the dimly lit Buddhist statues. I closed my eyes and thought about some of my Shikoku memories, the places I stayed and the people I met. After that there was a sermon followed by a raffle. Never had I less wanted to win a raffle. My friend of the past few days who is fighting liver cancer had the winning ticket and he went up to the platform to collect his prize of a hand towel and rosary. There was loud applause from the assembled bus loads and ourselves.

Next came everyone’s favourite moment: the Kaidai-Meguri, an underground system of passages in total darkness with a small dimly lit room in the middle where Kobo Daishi was presumably born and where readings of the great man are played to the sound of chanting. The general idea is that you feel your way around with your left hand. Blanca and I had a successful dry run yesterday but today, with a hundred emotional pilgrims, things became a little confused.

Last night I wandered around the temple and the neighborhood after the crowds had left and reflected on my previous visit in 2015 and the sequence of events which had brought me back to Shikoku.

Today we walked 28Km along dusty, boring, urban roads but I enjoyed it and the kilometres flew by. We stopped at a cafe which was very stylish but only offered us persimmon cheesecake with ice cream soaked in rum. It was slightly rich for the Danish palette but spot on for the British one. Delicious it was.

The temples came and went. 76,77,78,79. Our prize winning Japanese pilgrim bought us ice cream which was very nice as it was a warm autumn afternoon and then we arrived at Temple 80.

Tonight’s ryokan is Ebisu-ya which like so many, has kind hosts but a dinner which is woefully short for western pilgrim appetites. If I could be bothered, I’d go out now to a McDonalds just a kilometer away and eat a Big Mac with large fries and then collect two large cans of beer in the 7-ELEVEN store.

It’s going to be a week of contrasts. Tomorrow it’s back to the hills in search of more scenic temples and then on Tuesday it’s the great Japanese Ritsurin Garden in Takamatsu. Later in the week I have to climb Mt Nyotai, 800m and home to Temple 88. But that is not the end of it. The pilgrimage must then return to Temple 1. Plenty more to come. 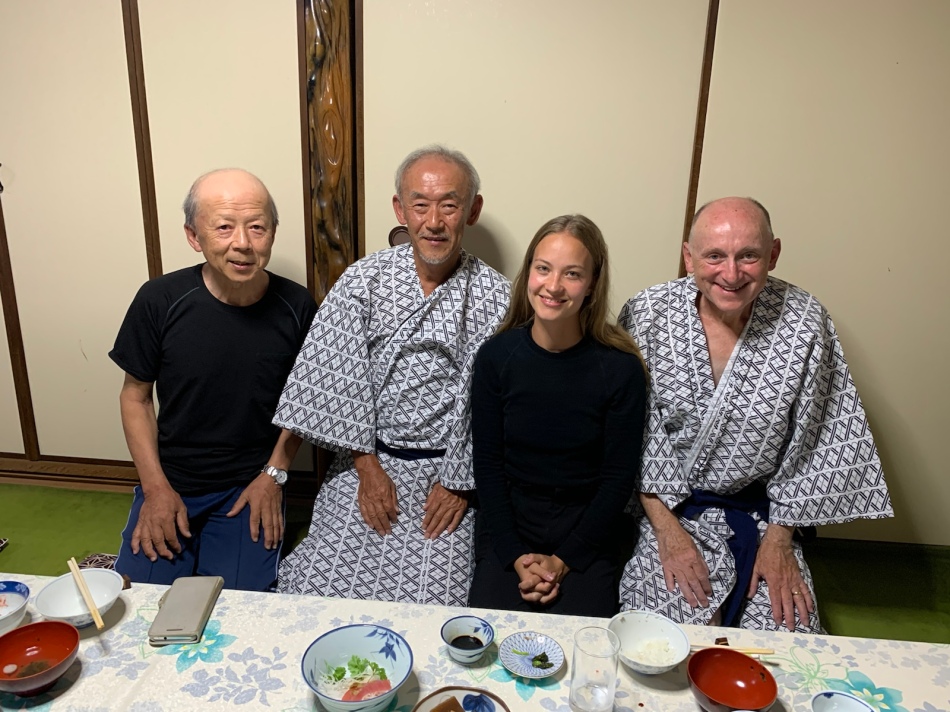