First of all I forgot to say thank you for all the comments so far. It’s good to hear from you.

And the Camino starts again. About 100 pilgrims gathered in the Cathedral for the 7am Pilgrims Mass. Some were a little late because getting to the Cathedral involves climbing hundreds of steps up the volcano. After Mass, the Priest led us to the statue of St Jacques (as St James is known in France) for the Pilgrims’ blessing. A show of hands revealed nearly everyone was  French but there were also 6 Japanese, 2 French Canadians, 1 German and of course just me from the UK. No one from the USA. Most are heading along the Way of St Jacques to various points and a decent minority intending to reach Compostela. One man announced his destination as Rome and I made a note not to follow him out of the city.

We were each given a small medal with the Black Madonna on one side and a scallop shell on the other. The Priest then explained that people leave prayers for pilgrims to carry on their pilgrimage and these were sorted in 2 boxes: French and other languages. So we all took a lucky dip and this is the prayer I will carry to the Cathedral in Pamplona:

Finally and with a great flourish, he opened the Compostela doors to reveal hundreds of steps down through the floor of the Cathedral and heading south west, literally the first steps of the Camino. Off we went.

I met “I” from Paris in the Cathedral and discovered we had a little bit in common, namely we were staying at the same hostel in Le Puy and also in St Privat-d’Allier and we were both heading back for breakfast before setting off. So we munched a croissant back at the hostel while the happy pilgrims passed the window.

Today we walked 24 hard kilometres out of Le Puy, climbing and descending the volcanic hills where the famous lentils grow. 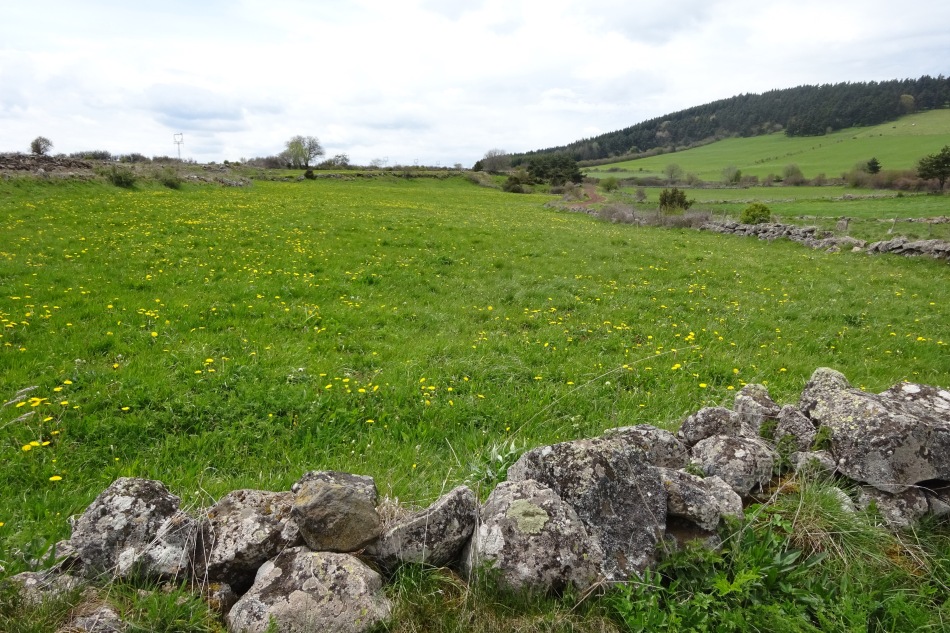 A stone cross on the hills 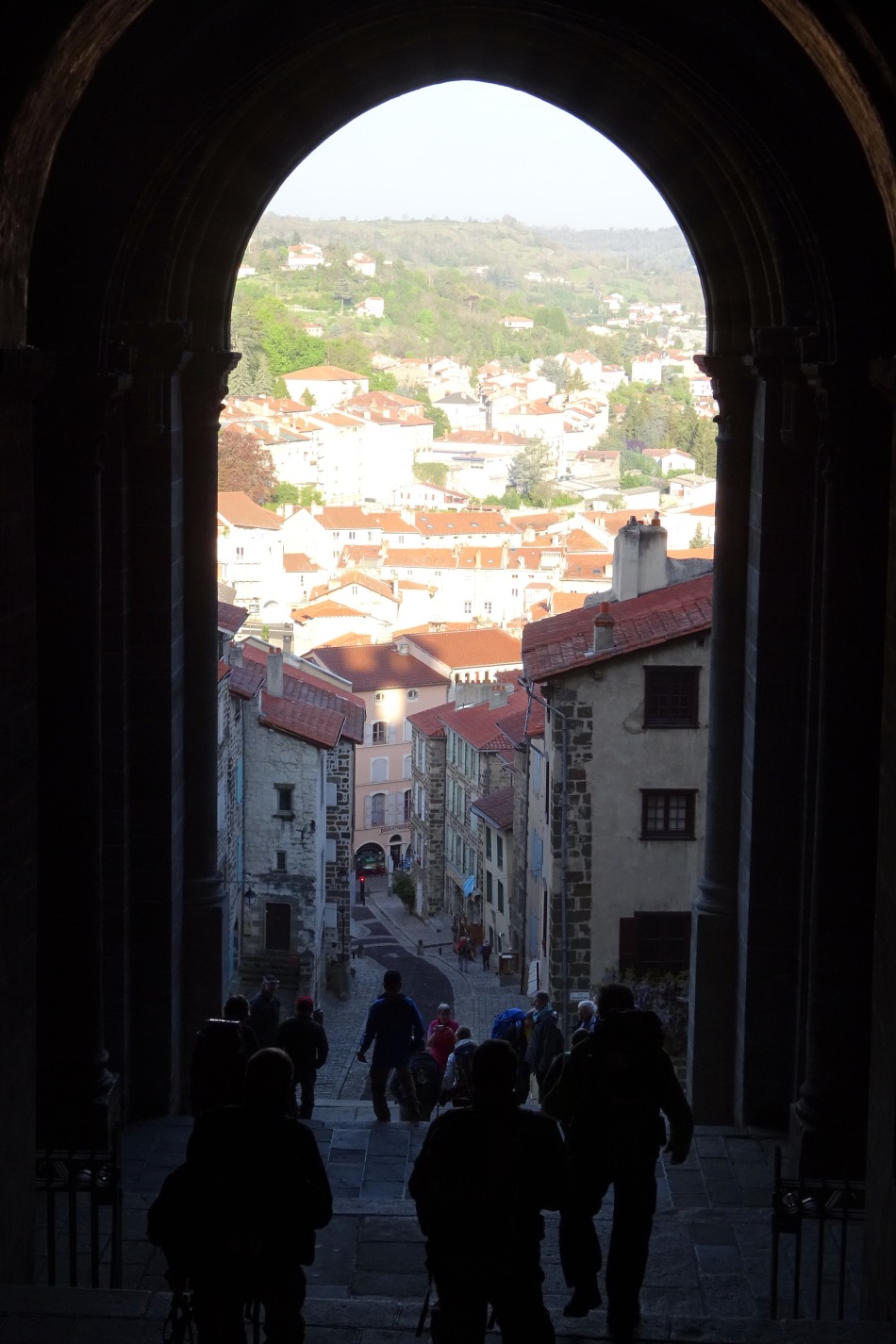 The first steps of the Camino

The doors to Compostela

Priest blessing the pilgrims at the statue of St Jacques.

Some of the pilgrims at the blessing