What a superb B&B at 108 Borstal Rd Borstal last night. Nothing was too much trouble for the landlady. We arrived in a wretched state but soon all our clothes were in her washing machine. And our request for a 6.30 breakfast was met with a cheerful acceptance of the needs of pilgrims. How we cursed our own enthusiasm this morning when the alarm woke us from a deep sleep. Breakfast was exceptional but we had tremendous difficulty starting.

Today’s walk was supposed to be 27Km according to my flawed calculations but was 33Km in real life. After 10Km we cut out of the woods to seek coffee in a nearby pub but the place was closed until midday. I rattled the doors and a mop wielding lady eventually appeared to tell us the pub was closed. We were in a state of desperation and the kind woman tossed the rule book aside and made us two lovely cups of hot white coffee. Just then the owner arrived and regarded us not as two early customers but as some undesirable travellers squatting on his land. We were forced to tip the lady rather heavily and to promise her a place on our list.

We have a list of Camino angels who have provided us with assistance beyond the level of “good enough”. In Rome, or wherever we end our pilgrimage, we will light a candle and pray for these kind folk. Will George of the “George and the Dragon” (day 5) appear on our list? Definitely not.

After our coffee we finally burst into life. We marched up and down the Downs like the Grand Old Duke of York. At one point we saw a field of poppies the like of which I have never seen before. Two young Guerka soldiers had settled there and we had a chat about Nepal.

Onwards to a nice pub in Detling for lunch. A few years ago the village of Detling was bisected by a dual carriageway, the A249. Like the Berlin Wall, families and friends were separated without any means to access each other. Kent County Council waited and the deaths followed as residents tried to cross the road. After a young girl and her grandmother were killed, a bridge was finally built for the residents and walkers on the North Downs Way and dedicated to all the victims.

We found the pub, the Cock Horse, and sat at the window hoping to see Beat and Eveline walk past but without success.

After that we took the opportunity to forsake the North Downs Way in favour of the old Pilgrims Way which took a more direct, if occasionally flooded route to Harrietsham.

Our accommodation at the Roebuck Inn is dreadful in every category. But it is £6 cheaper than last night. And after a quick shower we departed the premises at 30mph; Mandy and Sophie came with my experimental umbrella and we dined in a fish restaurant in the next village, a journey which earlier pilgrims could not have imagined. 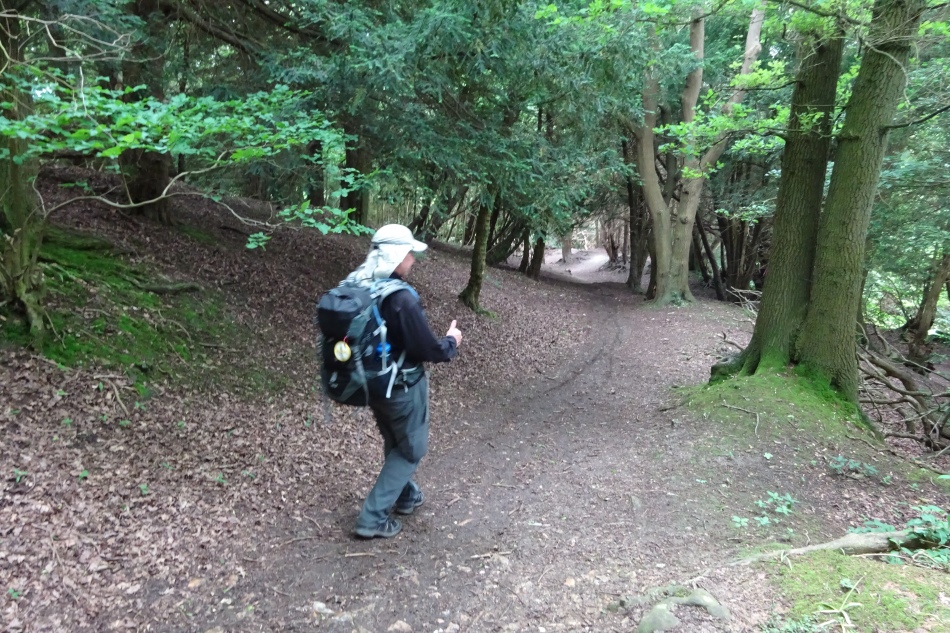 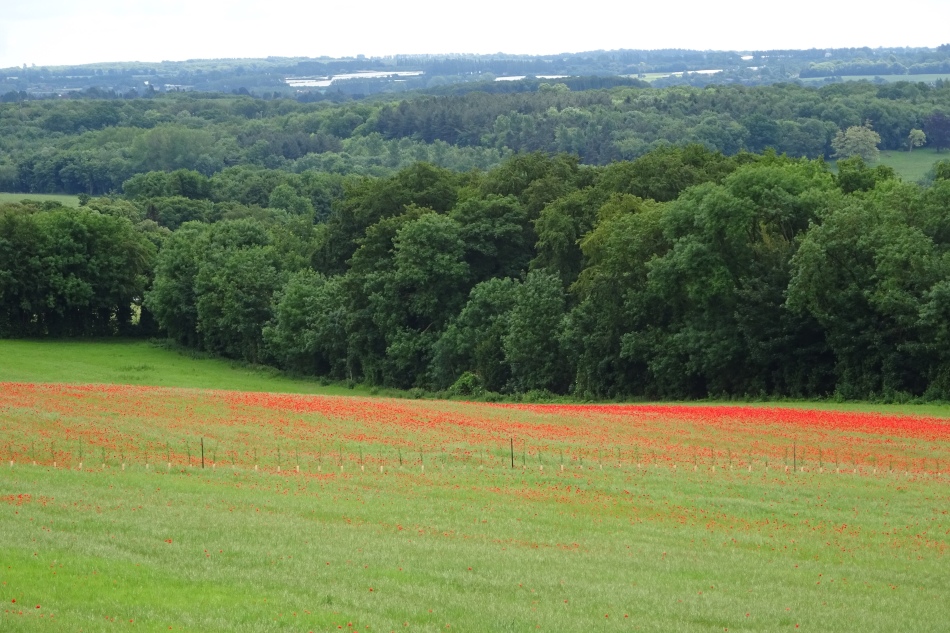