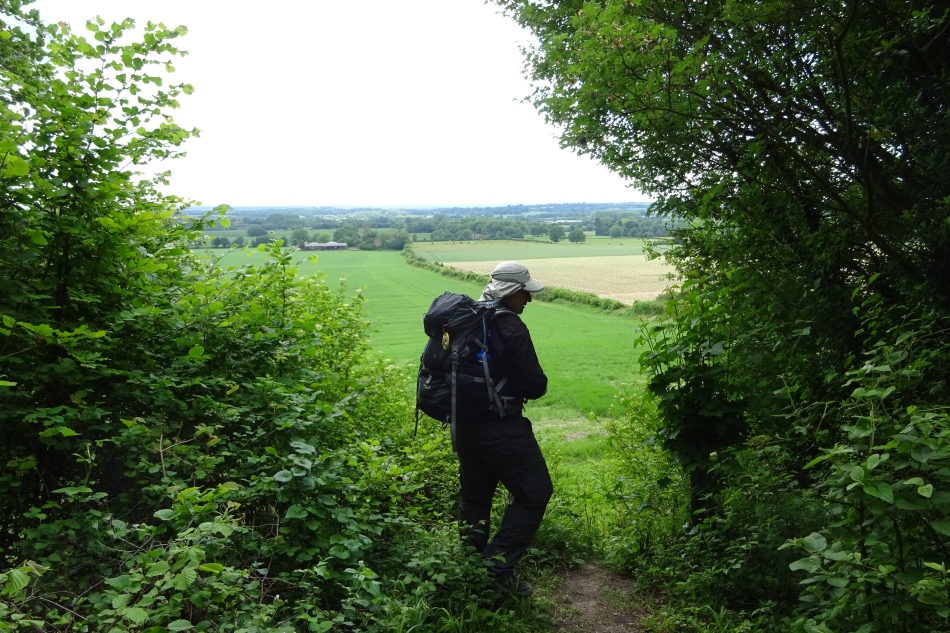 It was another 30Km walk today and I felt every step. The blisters, one under each foot, were probably caused by the dreadful walk out of Godstone when my boots were flooded and forced me into sandals. I should really have stuck to the soaking boots. So now my feet refuse to land on the blisters and are getting a lot of punishment. Thankfully it’s a short 12Km walk into Canterbury tomorrow where hopefully I can get some professional help.

The Roebuck Inn in Harrietsham was horrible in every respect but I slept well. We were happy to leave. Today’s walk was delightful. It was 10Km to Charing and then 500m off the path into the village. Sadly the pub closed two years ago so rather than a steaming hot cappuccino we settled for an ice cream and a banana in the village store. A further 10Km brought us to Boughton Lees and a superb Sunday lunch in The Flying Horse. It was a warm day and we sat outside ignoring the cricket match on the green.

Just before Boughton Lees we walked through Eastwell Manor, an impressive estate of several thousand acres which included a Champneys spa. I was tempted to stop by for a foot massage but I have a feeling they don’t do that sort of thing. I should have better luck in the back streets of Canterbury. Anyway we met the landed gentry, Mr Martin Goodman who was tending to his sheep. His father started farming with 29 acres on the other side of Ashford and they gradually acquired neighbouring farms. Now he owns the whole estate. He was a real farmer; reminded me of my late father-in-law. And he was fascinated by our trip to Rome.

Tonight we are staying in Chilham at the superb Woolpack Inn. “Highly recommended” it says and it’s true.

“Hello” to Eveline’s mum. Eveline & Beat are just behind us and staying at the Flying Horse tonight. I asked the bar staff to look after them and I hear they had a good meal there. It’s a shame to be so close but too far for a farewell drink. Tomorrow we branch up to Canterbury while they take the Dover path. 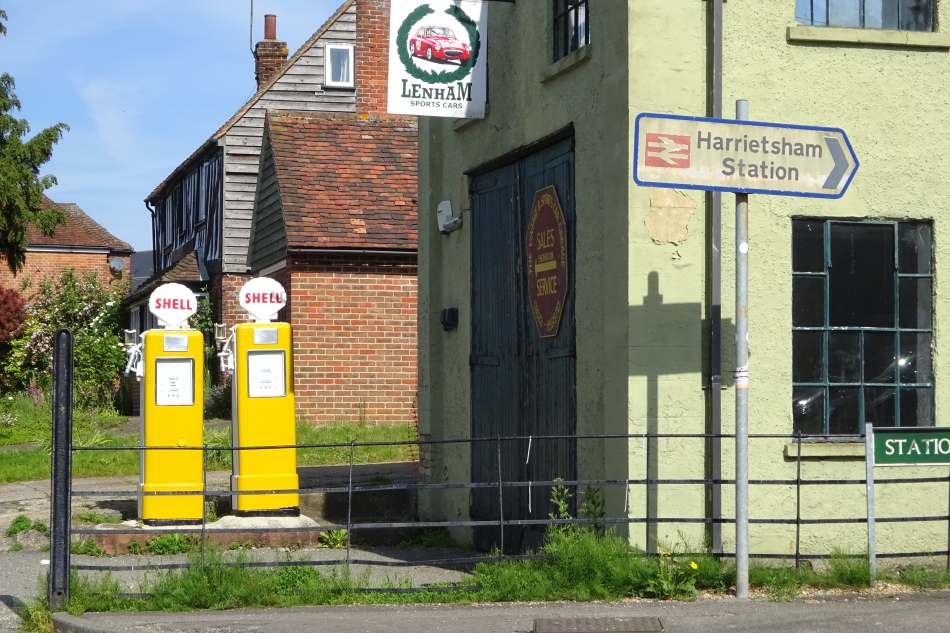 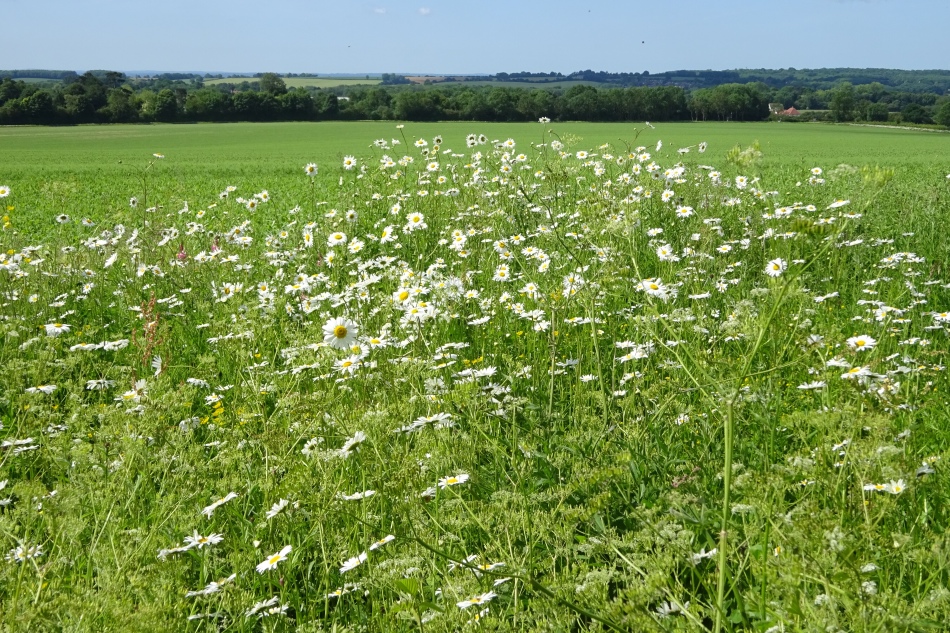 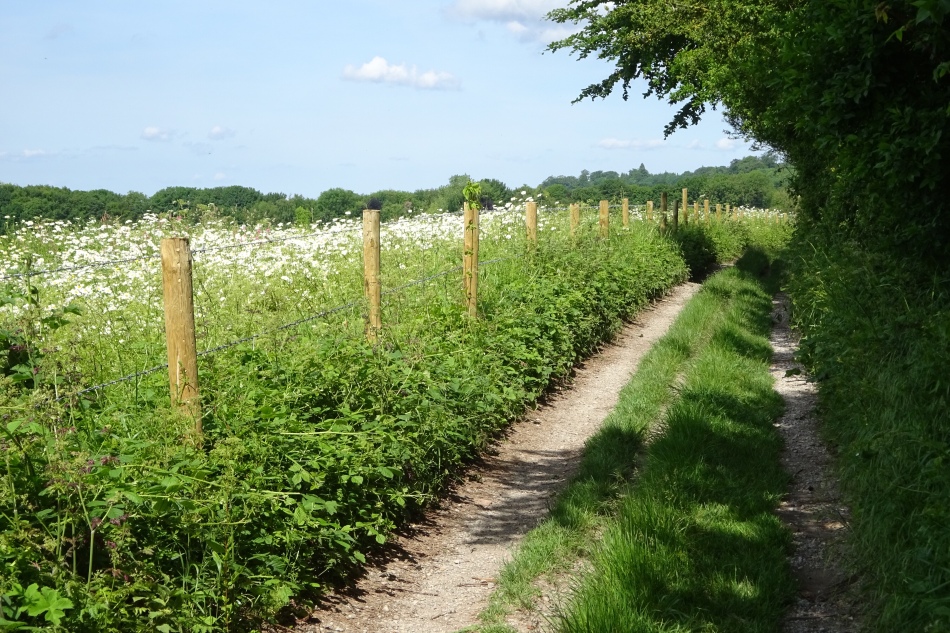 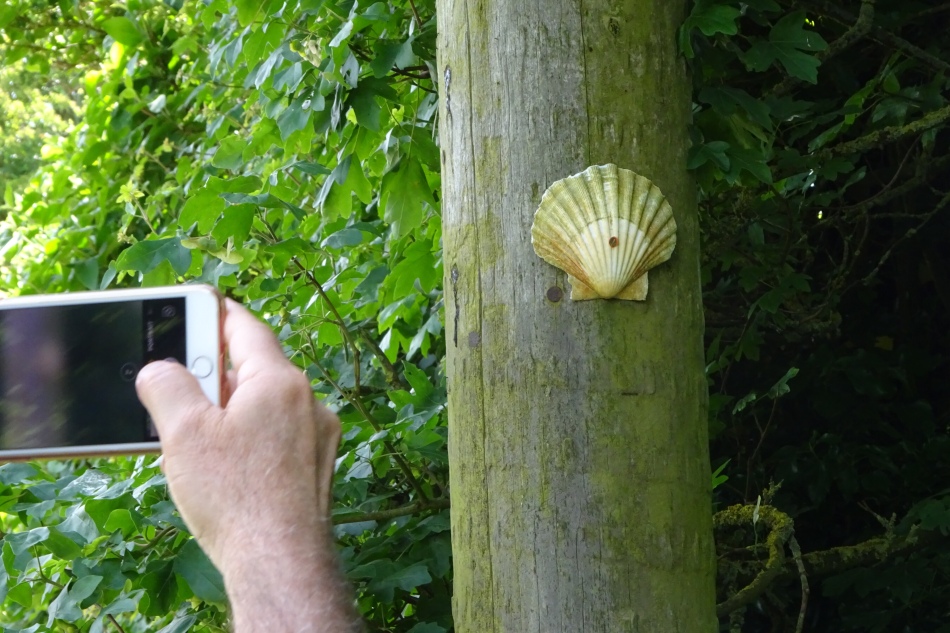 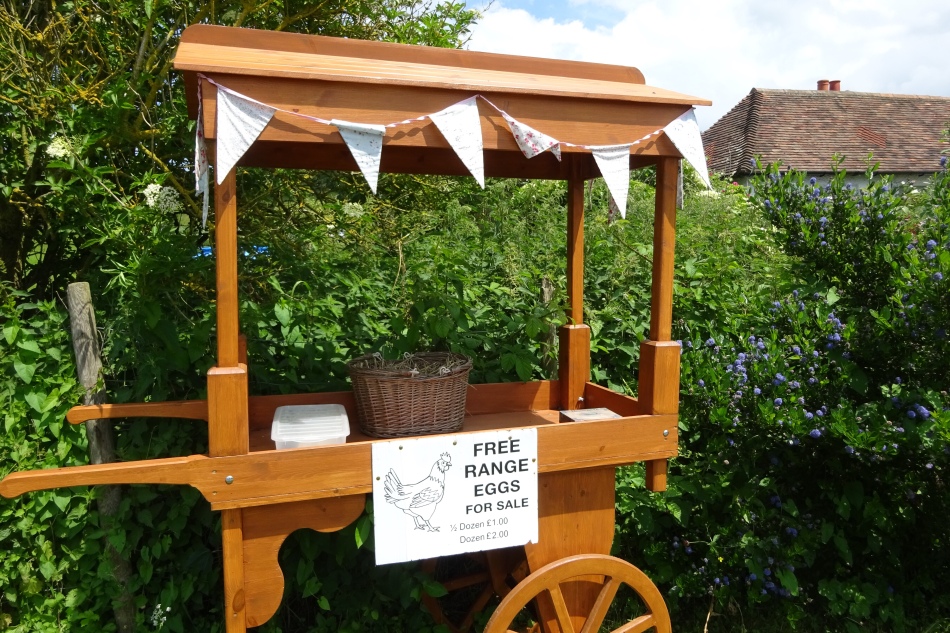 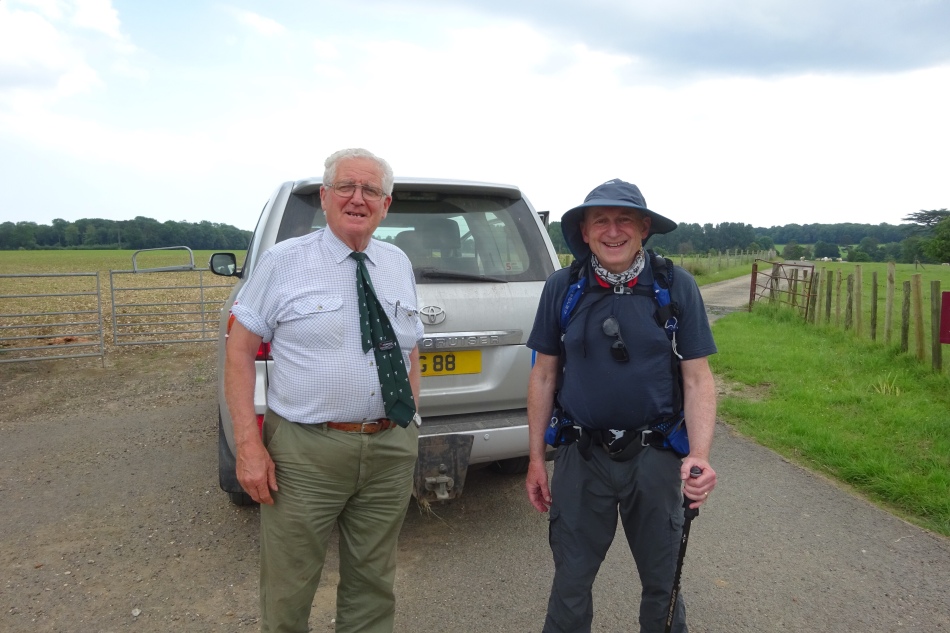 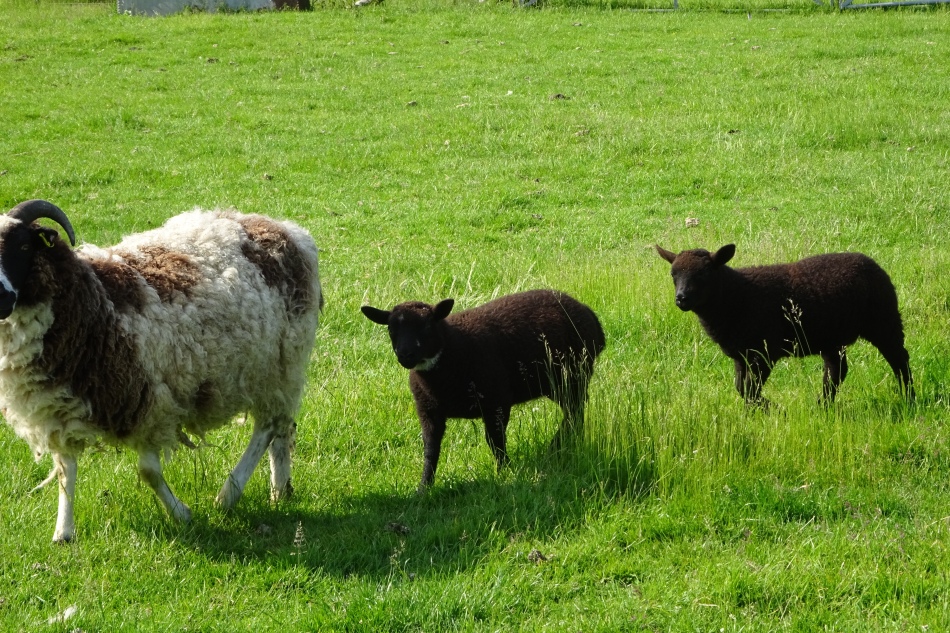 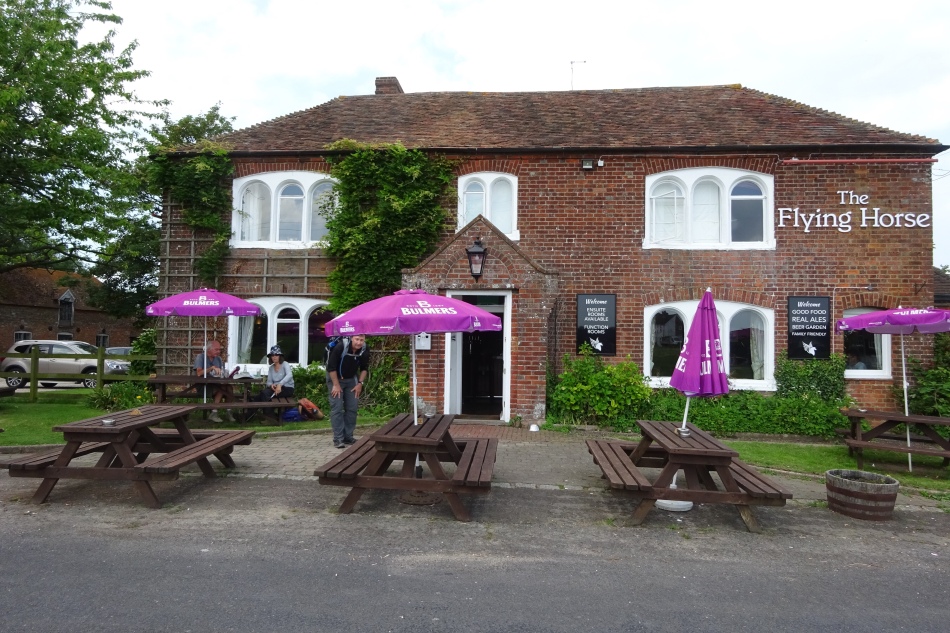 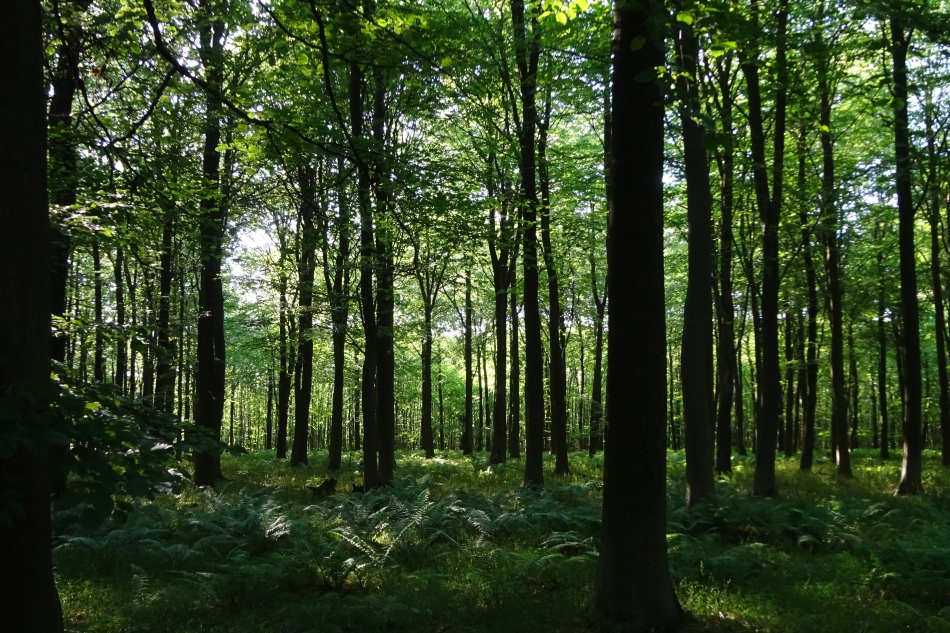 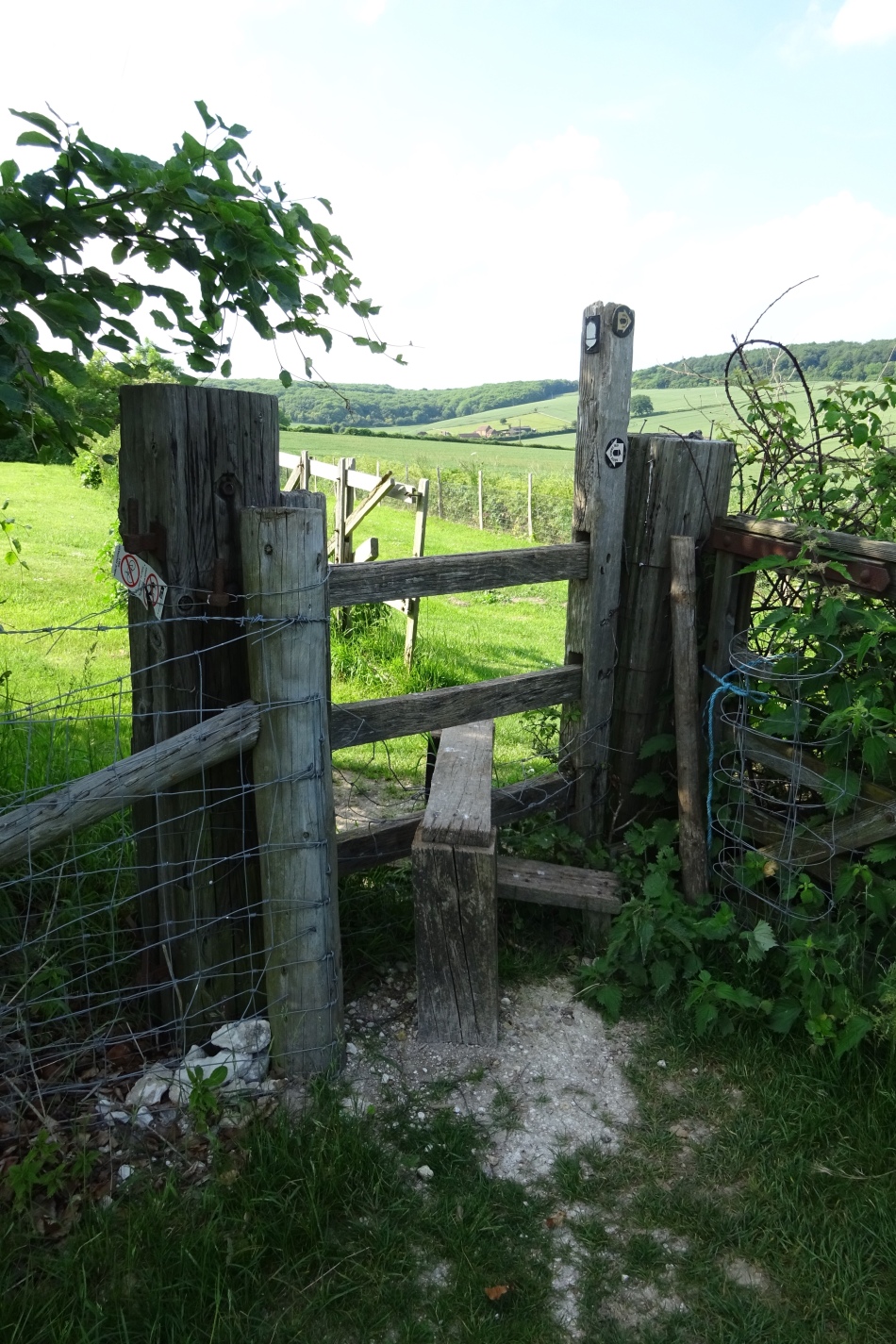 4 comments on “Day 7 – crippled by blisters”