Once again I was deceived by this morning’s coffee. The lady in the patisserie served me with a coffee which was super hot on top but cold lower down. However, the fresh croissant and pain au chocolate were truly magnifique. The patisserie opened at 7.00 and we intended to start walking by 7.15 but I had to make an unscheduled return to our hotel opposite, due to last night’s risotto.

Today’s walk was pleasant enough. The landscape is flat and intensively farmed. Occasional wind turbines provide some interest. Our path soon joined the Via Francigena but when we reached that point we found ourselves high on a bridge looking down on the official route. I jokingly asked Paul if he had brought any rope but he was already climbing the barrier and sliding down the embankment. This is the American pioneering spirit and I followed in his footsteps.

We met one of the great heroes of long distance walking in France. A man who owns a section of the GR145 Via Francigena. These volunteers are responsible for maintaining the excellent GR signs along the way and for generally keeping the footpath open. He was patrolling his section on his bicycle and was equally delighted to see us. He walked from Paris to Rome in 2005. I owe these people a huge debt of gratitude after they led me safely along the GR65 Via Podiensis last year.

Here he is with the key to something important.

It wasn’t long before we reached the first of today’s cemeteries on the Via Francigena, the Sunken Road cemetery. Some 500 British soldiers, many of whom defended this area in the final days of the war, September 1918, lie here.

Later we visited a German cemetery at Sapignies where 1550 soldiers are buried. Unlike the beautifully manicured turf and flowers in the British cemeteries, the approach here is to mark the graves with plain crosses, 4 names per cross. The crosses are perfectly aligned and the grass is mown but otherwise everything is less formal. I stopped and reflected on these graves. It is tragic enough to die for your country to ensure the ultimate victory; how do we feel about these young Germans who fought on the losing side? There were a few headstones for German Jews. It is impossible to comprehend their sacrifice knowing the terrible events that were to come.

One more shocking headstone at the side of the road in front of a trailer park, almost unnoticed and away from the cemeteries: 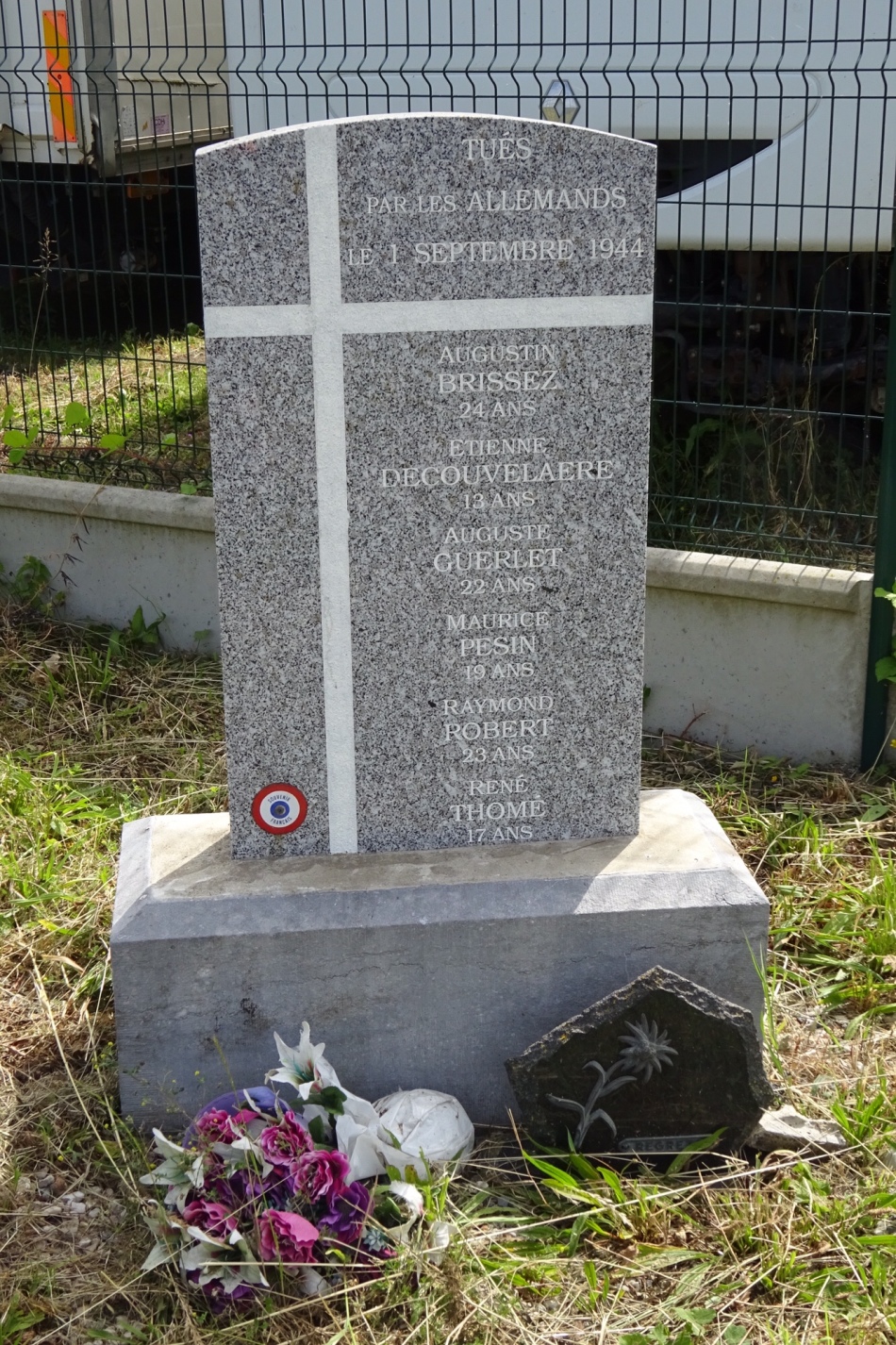 Killed by the Germans on 1 September 1944

The victims are listed, the youngest only 13. 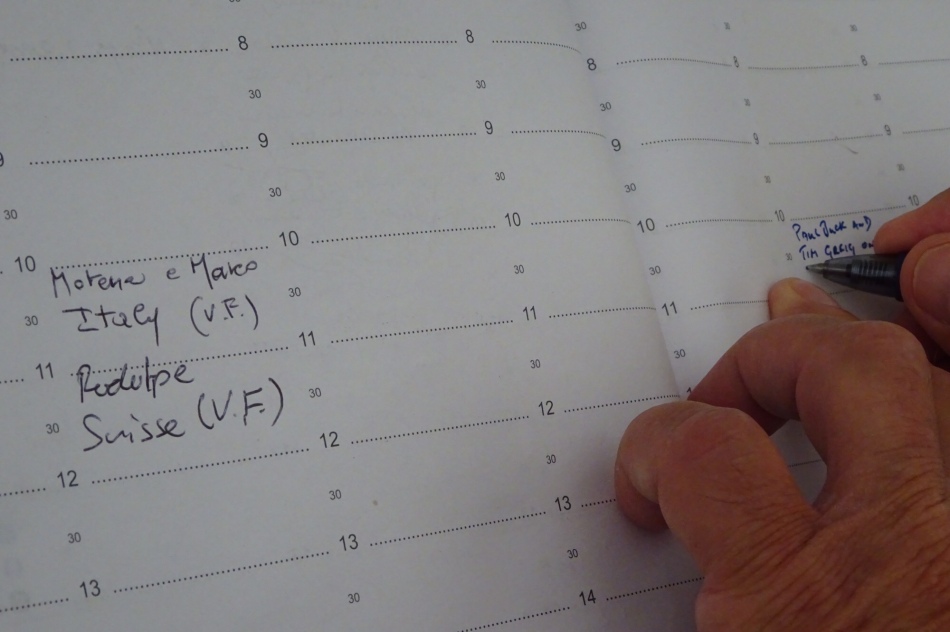 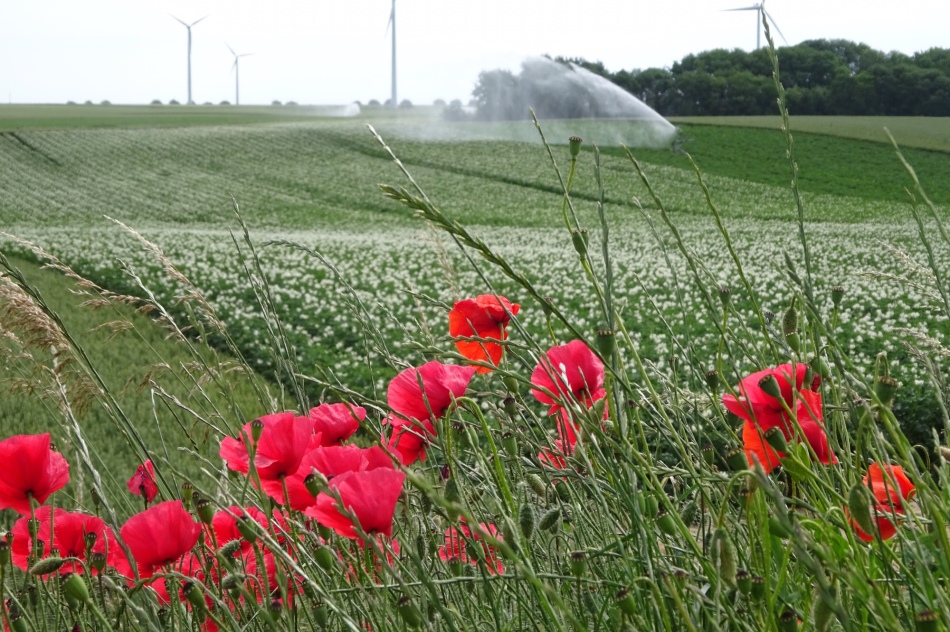 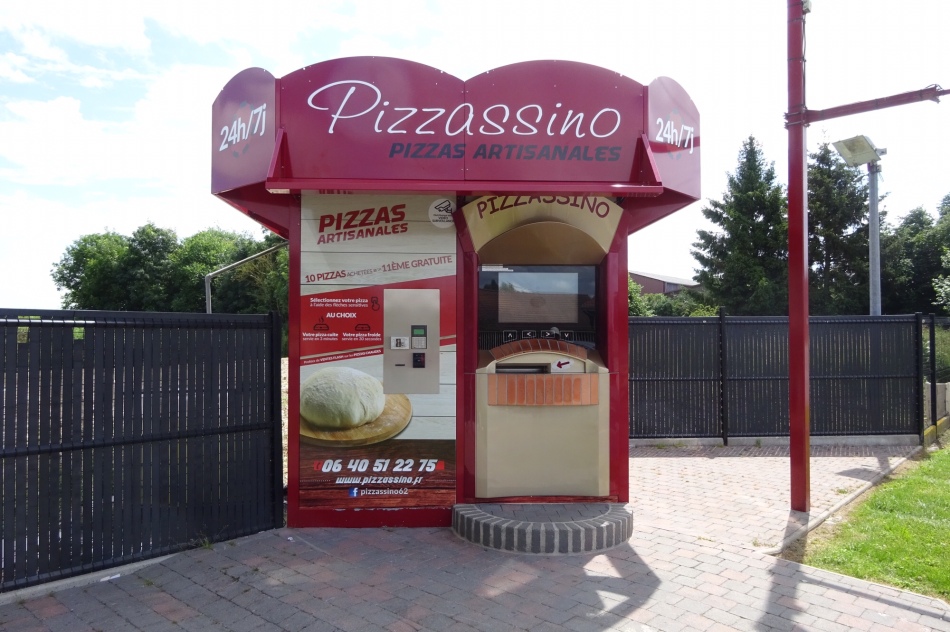