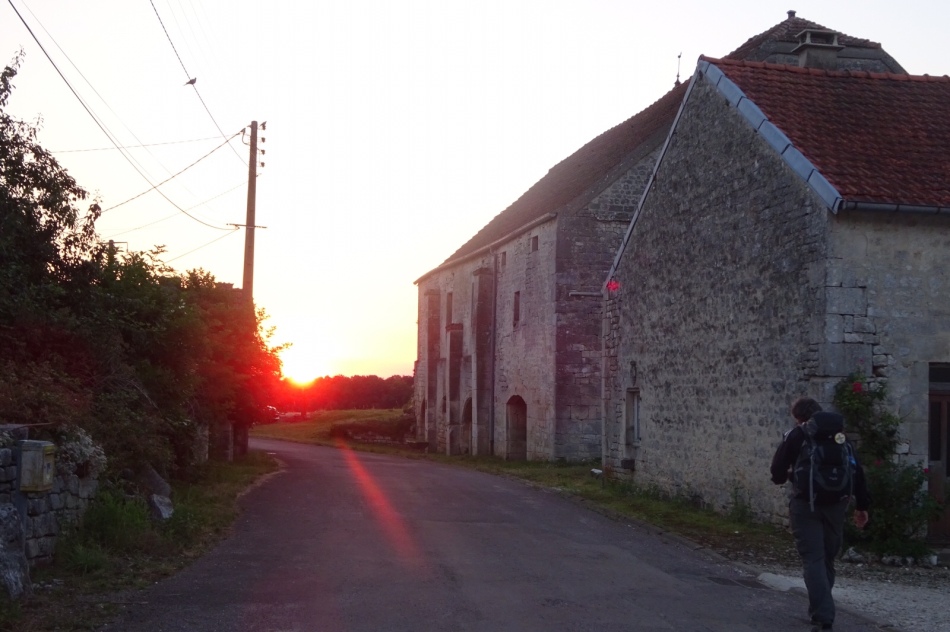 Paul set the alarm for 5.00 once again but we were awake before it went off. There is almost a panic to get up and go. You’d think we were in a panic to catch a train in 10 minutes but every minute of cool refreshing pre-dawn air that is squandered costs us dear in the afternoon when the sun beats down on us. We made a quick cup of tea but that cost us precious minutes and the sun was already beaming through the ruins of the Mormant Abbey as we closed the door of the gite and set off on another day’s walk.

The Mormant Abbey might be a significant Templar monument but I have to confess that I made not the slightest effort to take a look around or even to whet my appetite on Wikipedia. The ruins were right outside the gite but we behaved like a couple of students lying around all day yesterday in our underpants drinking all Madame’s beer in her fridge.

We have to plan every day very carefully to make the most efficient walk through the most optimal scenery. The “official VF” follows GR145 which meanders over hills and valleys without purpose. Every pilgrim therefore combines some GR145 with some more direct local roads to get an efficient route through the wilderness. This morning we opted for a tempting footpath through some woods to meet the GR145 which headed straight for some distant hills to get a good view, perhaps.

Unfortunately as we approached the woods we found our path completely blocked by an electric fence and notices proclaiming the land to be private property and to keep out for our own safety. Hum. At this point I would normally take this advice and backtrack all the way. But Paul was brought up in Africa and takes a different view of the authority of some French land owning peasant with an electric fence. Over we went and on into the darkness of the forest past more notices about the hunting activities that take place there.

As you can guess, we were not shot or arrested and the walk was very pleasant. But I was glad to get out the other end and onto the road. In fact the whole 28km walk was nice. We had more woods, some fields of crops and, best of all, lots of wild flowers and butterflies. There was one magnificent black butterfly with large distinctive red circular markings right by my feet but sadly it got away before I could get out the camera and fumble around for the pet setting.

We entered an area of dams and large lakes. I don’t like dams. The reservoirs look unnatural and I always imagine houses and roads under the water. But there is often the possibility of a cafe near the dam and today we took a coffee at the coffee hour like civilised people.

The early start meant we arrived in Langres in time for a tasty salmon salad for lunch and before the temperature reached 30 degrees. Langres is a pleasant fortified town with few concessions to tourism. We are staying in the Grand hotel d’Europe 2 star. 75 Euro for our room which is much cheaper than the competition.

Tomorrow’s plan might be affected by thunderstorms. And we are heading into an area where 3G and WiFi is erratic so postings may be delayed. You’d think we were half way up the Congo rather than in France.

Last night’s gite in Mormant which we had to ourselves

Our way is blocked by an electric fence

Just for you Martin. Can you identify this one? You should be with us to identify all these beauties

Many French bars still have these classic pinball machines but none work. This one is holding the door open 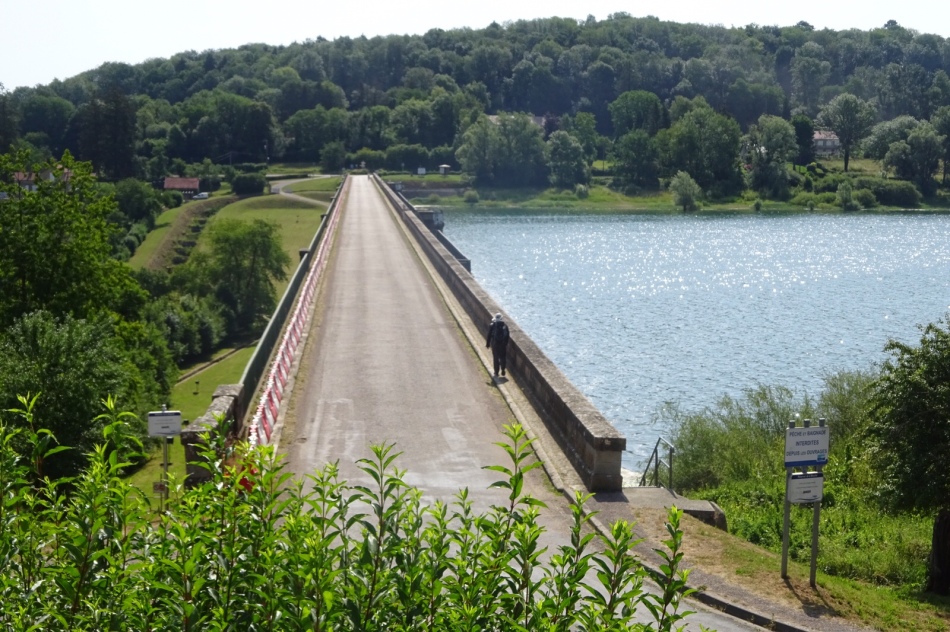 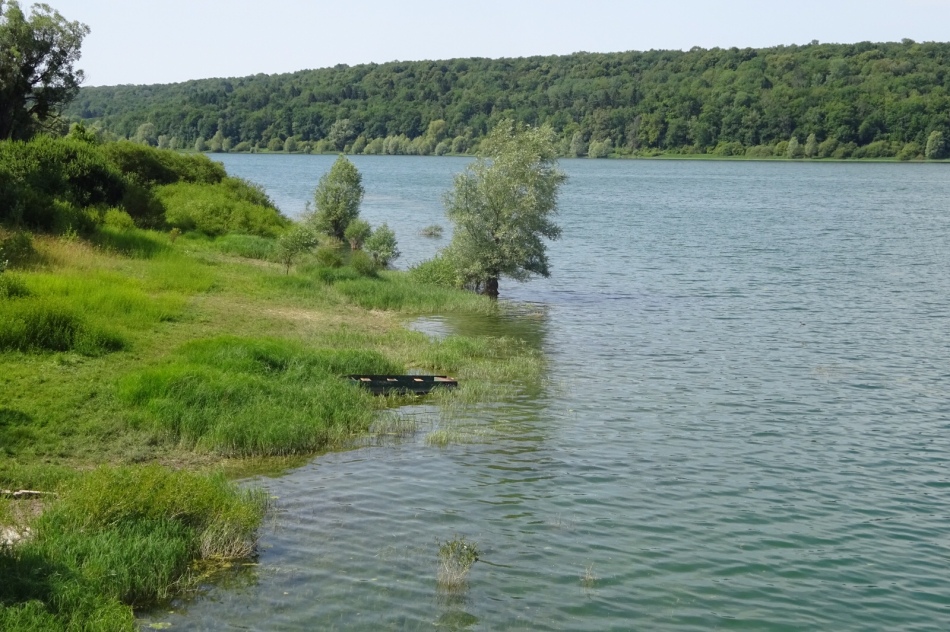 Paul in the long grass

Oh no, another Roman road. Try walking on this stuff with a backpack all day.

Although we always request 2 beds, they are not always equal. Today it was my turn for the King size. Paul went off to sleep like a baby…