I didn’t sleep too well last night. Was it the altitude or the film about my neighbours in the adjoining morgue? It didn’t help to look out of the window during the night to see the fog swirling around the little building and to imagine the cold mid summer temperatures doing their work on the inhabitants of that building. Just imagine what it is like in mid winter when the hospice is cut off from the world except for those skiing.

Breakfast was not served until 8.00, after the morning Mass. We had planned to skip it and leave much earlier but a quick check of the weather changed our minds. It was 4 degrees, somebody said. So our little group of pilgrims sat down to a pot of coffee and some bread baked on-site. And jam.

The Via Francigena is less important to the hospice than the hospice is to the Via Francigena. They had run out of credentials and did not stock the English guide book to the Italian section. Big disappointment. But they did sit our little group of pilgrims together. It made for a good stay. And the ever helpful Margot of the AIVF is sending a new credential for me to collect in Pavia so I can continue collecting stamps along the way and claim my certificate in the Vatican.

We finally braved the cold and fog sometime after 9.00, Paul in his skirt sleeves and me with a fleece and down jacket. A short walk took us into Italy and sure enough, just around the corner the sun was shining and the fog clearing. I stopped to remove my down jacket. Five minutes later I stopped again to remove my fleece. Welcome to Italy.

Our path took us steeply downhill all day. It felt like “Journey to the Centre of the Earth”. Beautiful valleys, pastures, gushing streams, cow bells etc. etc. Just like yesterday except everyone now speaks Italian. It’s a nightmare. Even young people. I go into a restaurant and have to walk around the tables with the waiter to point out what I want.

We planned to walk to a village called Etroubles but the walk was so beautiful that we continued to Aosta, 34km and 584m. That’s a drop of more than 2km today. For part of the way (13km) we followed a viaduct built in 1400 according to the multilingual signs.

Aosta is a great town and we’re staying two nights. It’s got Roman remains, a Cathedral and millions of pavement cafes serving very acceptable coffee. I wonder why I’ve not been to Italy since the 1970s except for a weekend in Monza.

There’s a mini festival in town and all the central hotels were full. But we’ve found a decent place along the railway lines called Le Pageot and we even negotiated a 5 Euro pilgrim discount. 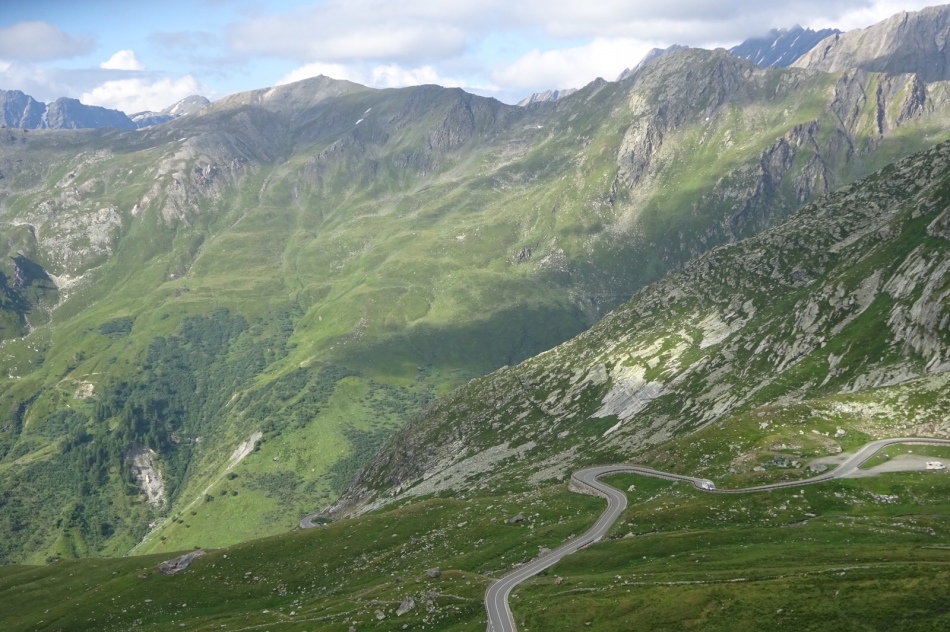 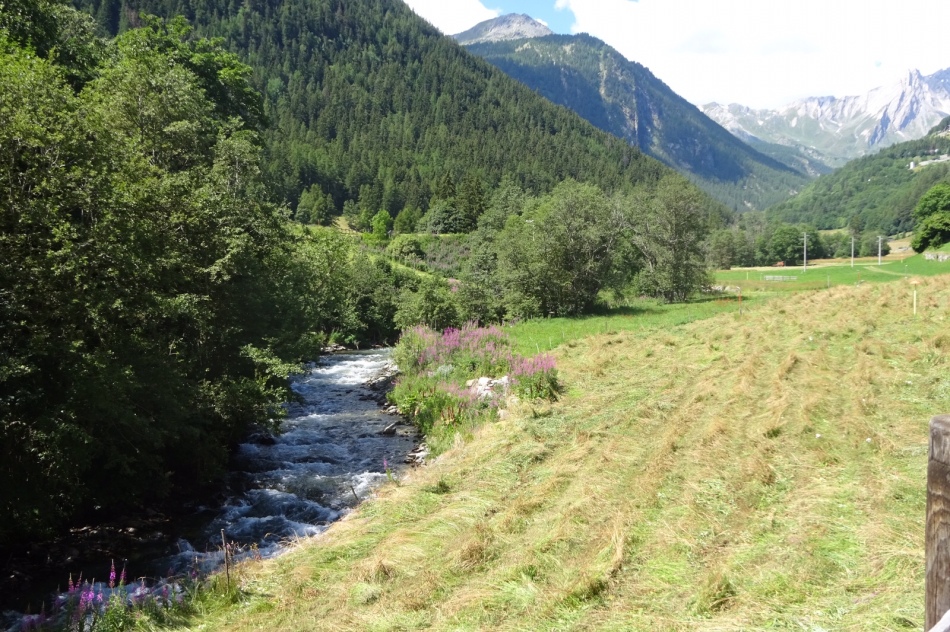 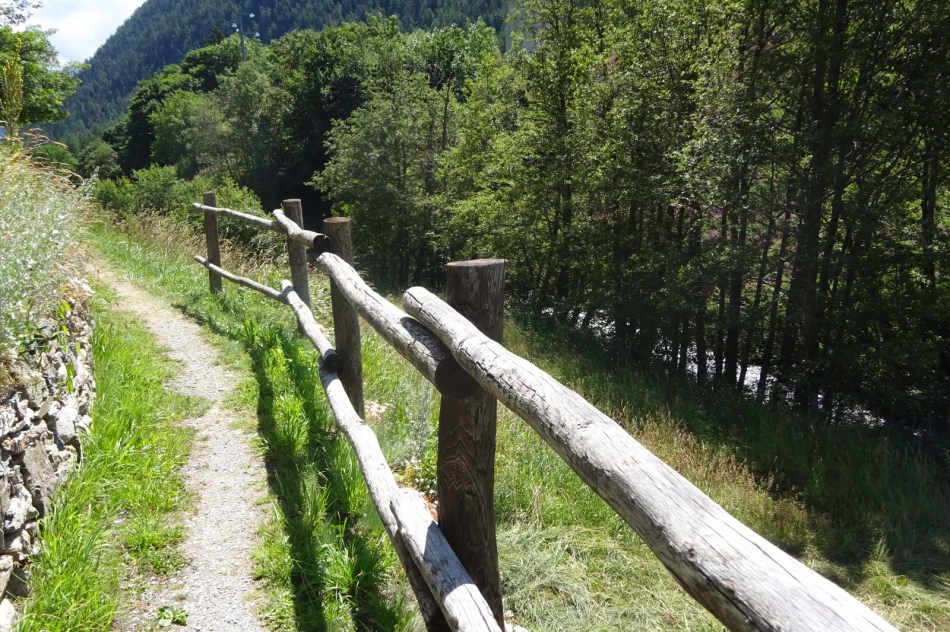