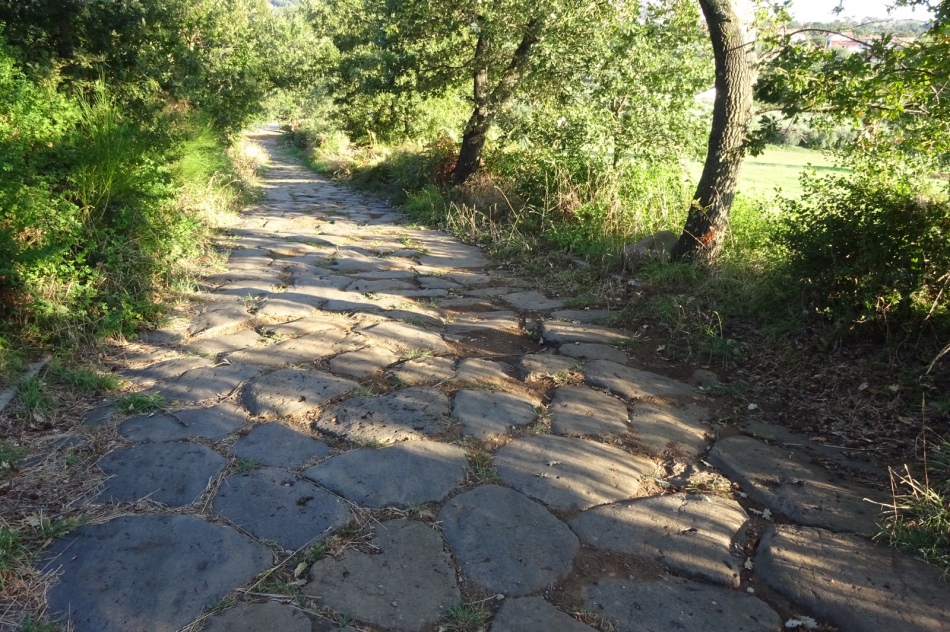 We were the only pilgrims in the convent last night; I doubt there were many nuns either. What do you do with a huge monastery in the centre of Montefiascone when you start to run low on nuns? Certainly the rooms full of novice sisters which you see in the best films are no more. One or two mature sisters from distant parts of the world is about it. Charging 12 Euro to pilgrims for a night’s accommodation isn’t sustainable. I doubt the land value would cover the demolition costs.

I discovered a kitchen as we were leaving this morning. There was a handwritten notice on the sink in English warning against drinking the water except from a special pipe. Having already drank the bathroom water I felt quite queasy but I took the opportunity to refill my supplies for today’s walk. All the water supplies in this volcanic area are naturally rich in arsenic.

We slid open the huge bolts on the front door and pulled it open. A massive biting wind was blowing a gale outside. We set off, shivering and hoping that the sun would rise soon. I’ve noticed over the past few days how the normal heat has subsided. I was expecting an inferno throughout Italy but, for the moment at least, the weather has calmed down.

Today’s stage was a mere 17km but without any bars. Just before we were about to leave town Paul spotted a bar and we gratefully dived inside to escape the cold wind. Two cappuccinos and croissants later we were ready for action.

The highlight of the walk came in the early stages as we walked on a Roman Basoli pavement. There was a great sense of walking on history, along the same path trodden by Julius Caesar and Charlemagne.

My guidebook describes Viterbo in glowing terms and Paul has seen some American travel evangelist on TV promoting the place as some undiscovered haven of the Italian renaissance. Well, on a Monday evening there is nothing special about the place.

We bumped into Ra in the street this afternoon. She had just arrived and was heading to the convent hostel. I noticed her boots are falling apart but she should make it to Rome on a wing and a prayer. We saw the remnants of someone else’s disintegrated boots on the path today, possibly a Canterbury pilgrim.

A couple of cutouts 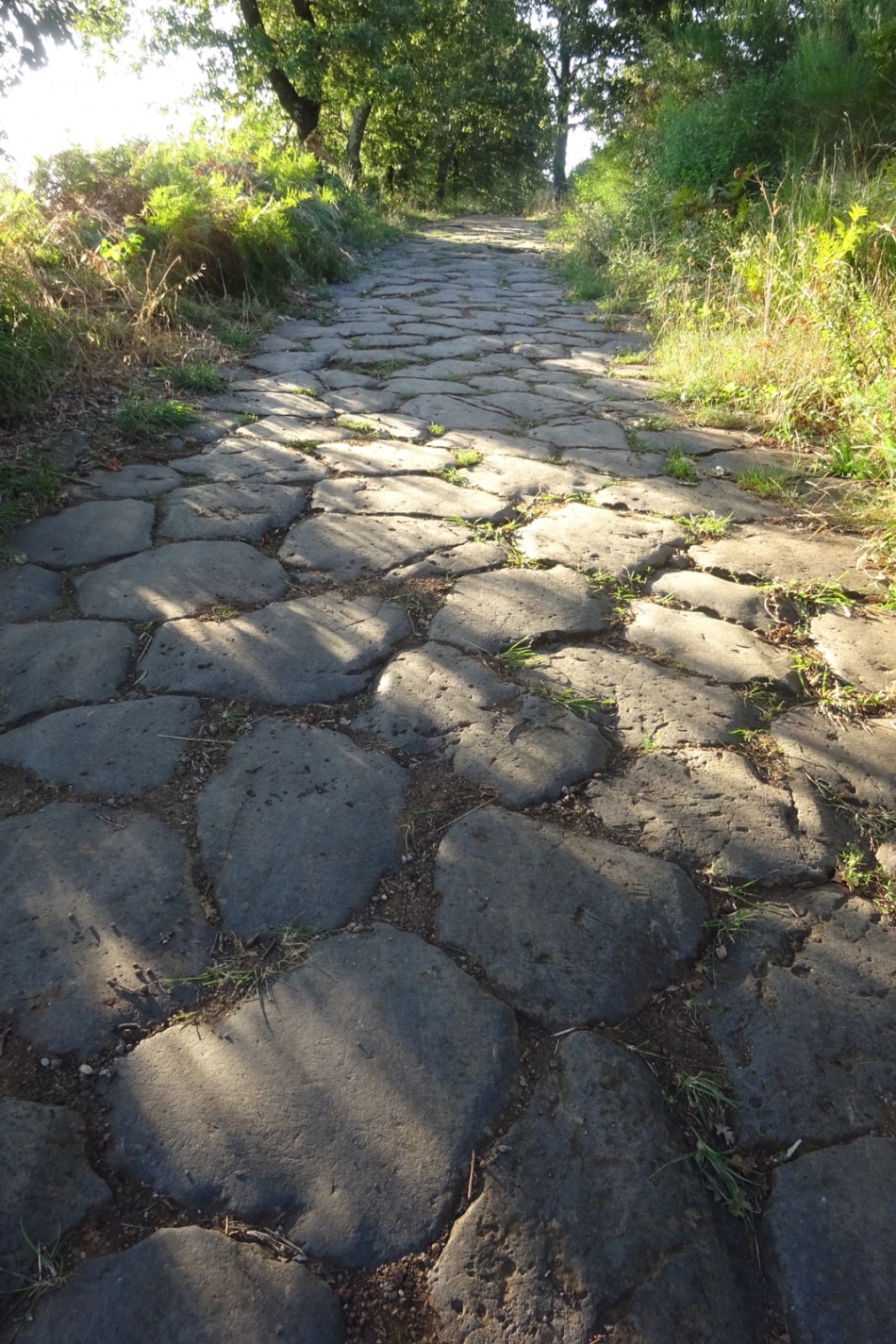 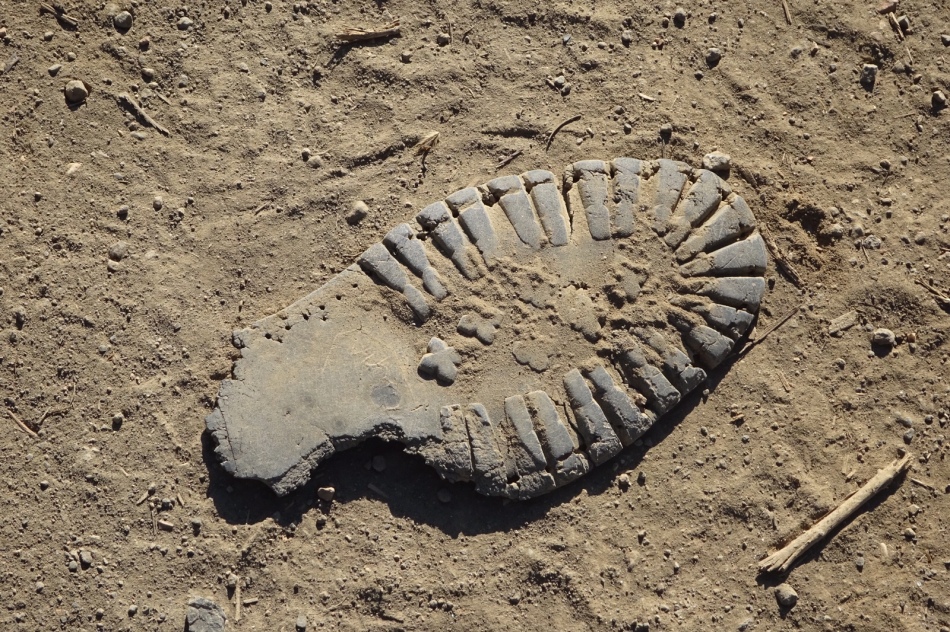 I wonder if this belonged to some poor pilgrim from Canterbury

Here I am on my way to Viterbo