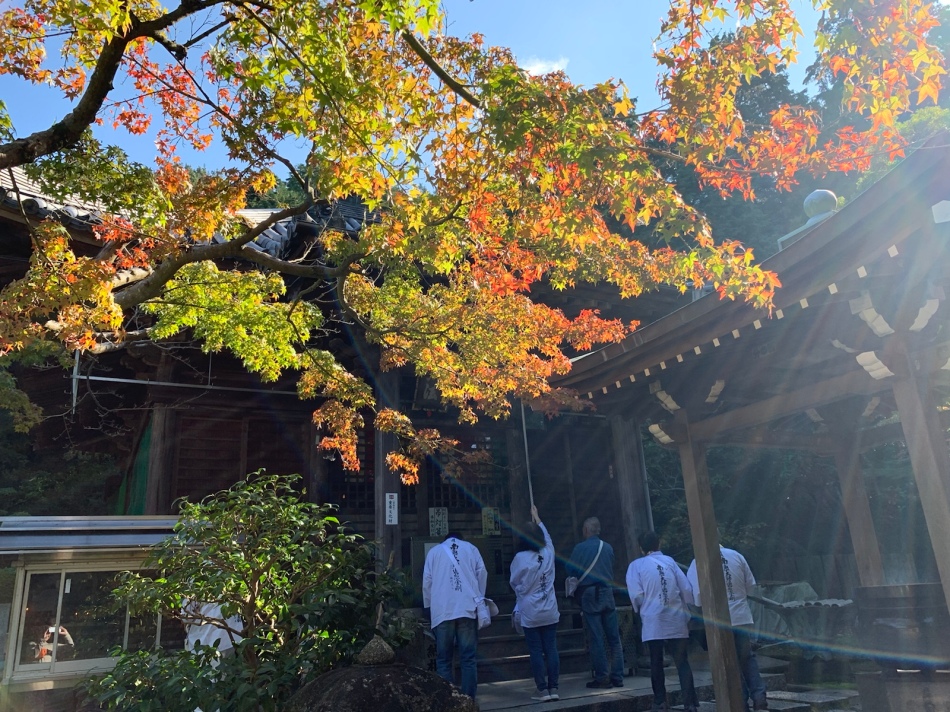 As you might have gathered by now, choosing accommodation on this pilgrimage is a lottery with mostly winning tickets but the occasional horror show. It’s been awhile but tonight’s inn is the horror show. Momo-ya ryokan. I booked it because it is the first place after descending from a large plateau that is home to Temples 81 and 82. It’s a bleak semi derelict building right on the railway track by a level crossing which beeps incessantly and almost constantly as the trains pass. Everything about the place is disgusting.

It’s too bad because it was such a nice day. We walked at first with our prize winning pilgrim friend whose name is Shimamura san, to Temple 81. During breakfast I asked him why the statues have red bibs and hats. He looked bemused and asked the other pilgrim who had a blank face. So they called the lady in charge who said something which might have been slightly embarrassing or could have been a reminder to keep the secret from all foreigners. Shimamura san said it would be better to ask the question after Temple 81.

It was a steady climb up to the top of the 400m plateau through the usual forests. Shimamura san was facing a long 31km day all the way to Temple 83 and was keen to make progress while Blanca and I had planned a slow day to soak up the countryside and enjoy the temples. So at Temple 81 we held back and I bought some incense and a cigarette lighter. Blanca explained that I had to light 3 sticks representing the past, present and future. It is important to use your own flame to light the incense rather than taking an existing flame. And then she showed me how to work a cigarette lighter.

By now Shimamura san had finished his chanting and prayers and was ready to leave. We said a fond farewell and he presented me with his Buddhist face towel prize and the rosary to Blanca. It was very touching and I wanted to refuse but that would have been rude. Off he went to complete his third Shikoku pilgrimage before returning to the long term car park at Temple 2 and driving back to his house between Temples 33 and 34.

We stayed a long time at the lovely Temple 81. Some of the trees were just starting to turn red but it will be another few weeks before the maples start their spectacular autumn show.

There was a pleasant picnic spot deep in the woods for lunch. My feast included 3 ham and cucumber sandwiches and a chocolate energy bar which had me wondering why we’d never met before.

Temple 82 was similarly serene and scenic. And then we followed a secret trail off the plateau, down to the horrors which I’m presently enduring. 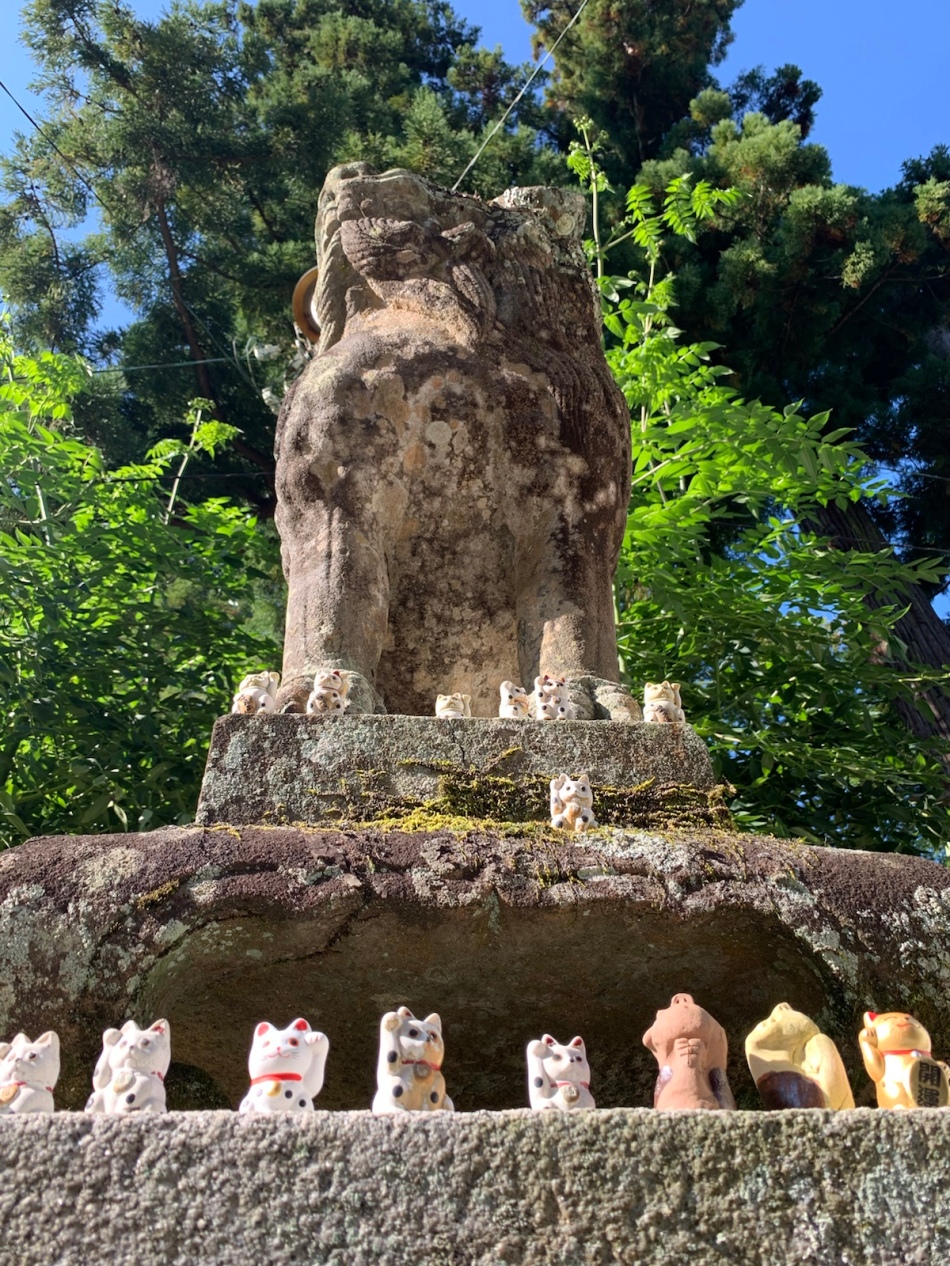 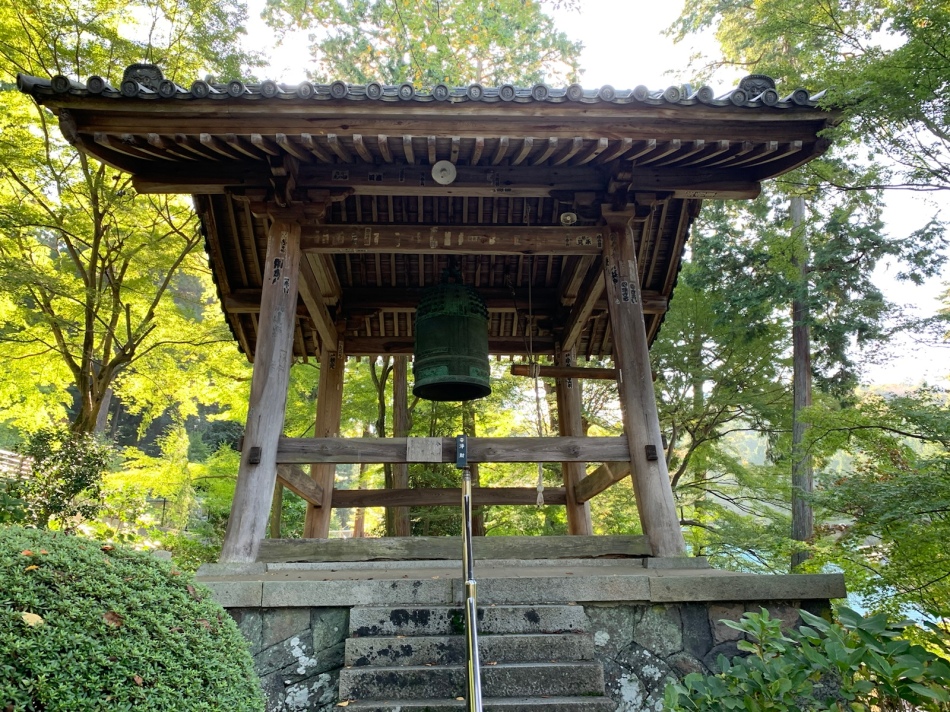 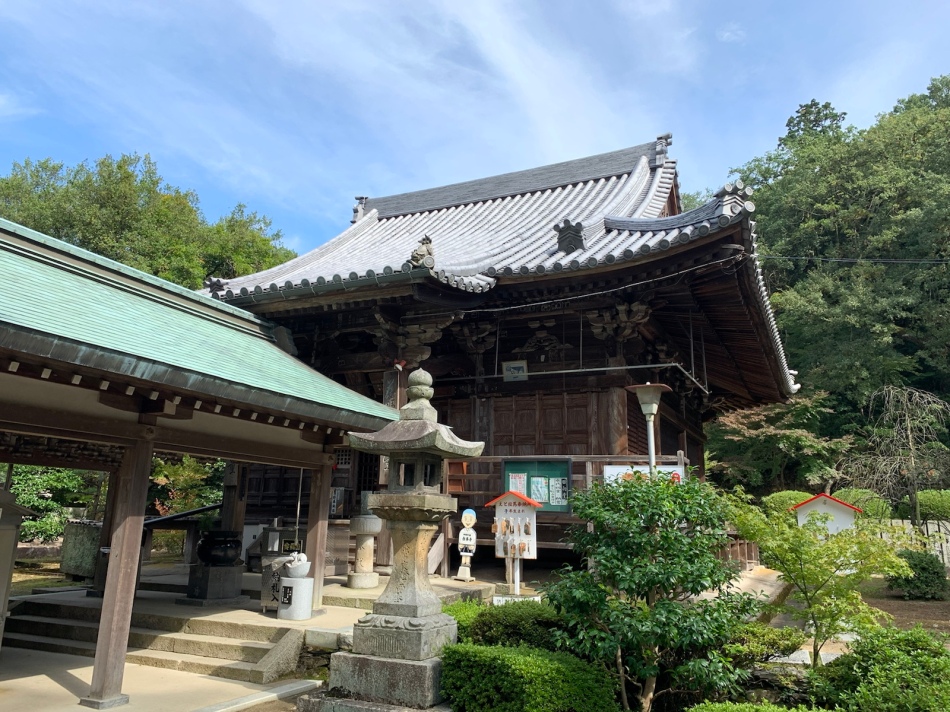