Today there were mini mountains with steep trails and urban highways with nothing of note. I told Blanca that my snake count was only four but I had a feeling it might reach five before the end as everyone else seemed to have far more impressive tales to tell. But we were untroubled by wildlife despite many warning signs about wild boar attacks in the area.

The climb to the Chinese takeaway Temple 84 was steep but safe. It was founded by a Chinese priest of the Ritsu Buddhist sect but converted to Shingon “in the old days”. Among other things it celebrates the badger, a god of peaceful families, marriages and the restaurant business. The descent was steep and slightly slippery after yesterday’s rain.

Temple 85 was halfway up the next mountain and was remote and peaceful. We stopped in a nice cafe at the foot of the mountain for a cup of tea and were not charged. Temple 86 was being renovated and its charm was limited. Our next stop was a small village shop where we bought a banana. Two Japanese ladies engaged us in conversation and bought us each a large juicy apple as a present. I produced one of my name slips with a Buddhist prayer, as is the custom when someone gives you settai. It’s usually welcomed but these ladies refused it saying they were Christians. Jehovah’s Witnesses.

Temple 87 was back in the urban sprawl and forgettable. But we did stop in an attractive pilgrim rest hut on the way and I wrote a note in the visitor book expressing my gratitude for all the rest huts which I’ve used and photographed along the way.

So now there is a small and select crowd of pilgrims in the ryokan preparing for the climb up and over the next mountain to Temple 88. It is, of course, the final temple of the 88 temple pilgrimage but it is not quite the end of the pilgrimage. For that, we face a further two days of walking back to Temple 1 to receive the final stamp when the pilgrimage will end.

The steep descent from Temple 84 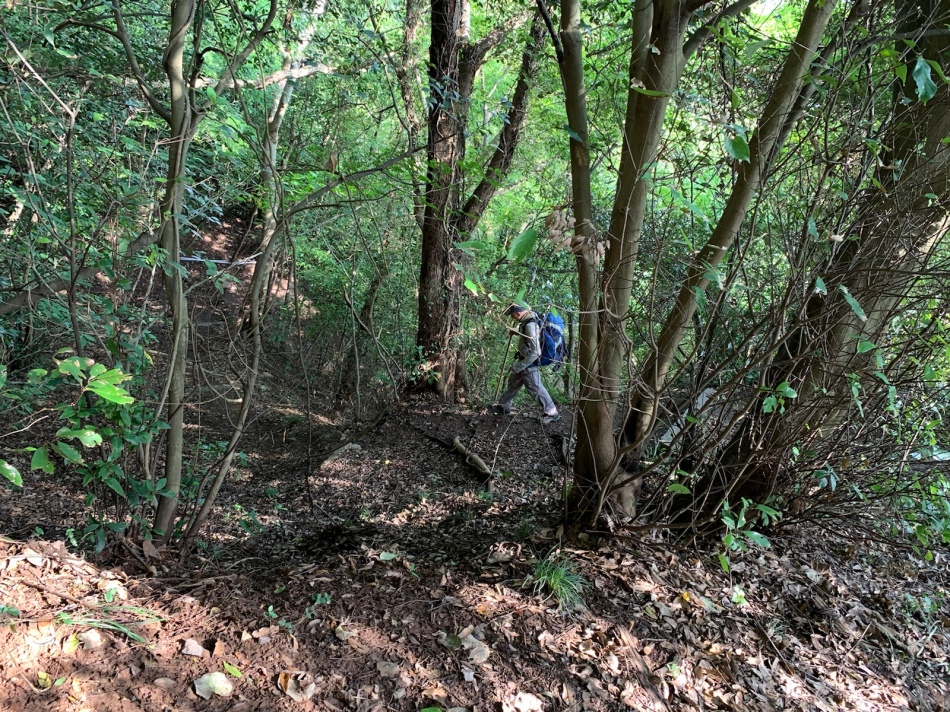