Malham to Horton in Ribblesdale

And that photo is the fearsome Pen-y-Ghent, today’s big challenge.

I’m in the Yorkshire Dales National Park for a few days. It’s the land of James Herriot, the much loved veterinary surgeon. At this precise moment I’m sitting in a farm outside Horton in Ribblesdale looking out of the window. The Settle to Carlisle railway runs just ahead and beyond are the massive hills of Millstone Grit which I’ve climbed today. There are tiny patches of sunny blue sky overwhelmed by masses of fast moving low black clouds. Colours everywhere.

Last night I phoned the farm to order dinner. I knew it was going to be a tough day because there are three steep climbs, the last of which is Pen-y-Ghent, one of the three Yorkshire peaks. I asked what time walkers normally arrive. “Between 4pm and 5pm but it depends on the weather on Pen-y-Ghent, of course”

I set off from Malham at 8am with my flask of coffee and packed lunch and headed for Malham Cove. It’s a popular walk and you soon reach the spectacular high limestone scenery as you climb to the top of the Cove and admire the view over Malham. The limestone pavement featured in a Harry Potter movie. Some will venture on across the National Trust Malham Tarn Estate to the large expanse of glacial water which is Malham Tarn.

At 8am I had the place to myself. It’s a strange feeling because it’s wild and remote but also very popular with the crowds swarming up from Malham after breakfast. I followed a trail of orange peels and there were occasional sweet wrappers too.

Beyond the tarn is the field centre where school children and students spend several days studying the local environment. I enjoyed my field trips while at school but the big house looked deserted today.

After that, the litter vanished and the Pennine Way turned towards the wilds of Fountains Fell, the second big climb. I met a man who was spending a few days walking and camping so we had a quick chat. It was grey and overcast with a strong wind and some rain. This Fell was the most remote and desolate part of the day. I couldn’t choose my thoughts. They just come, distant memories but for once, someone else’s mistake. Nothing to do with me.

The summit of Fountains Fell was windy and treacherous; one false step and you could disappear down an old mine shaft. Also, you can see Pen-y-Ghent ahead, the third steep climb of the day and the highest. It’s a formidable lump of millstone grit on limestone. I descended the Fell and ate my cheese sandwich in the shelter of a dry stone wall and prepared myself for the challenge.

Pen-y-Ghent is the Pennine Way’s own north face. Looking at it you’d imagine it had never been climbed before. It appeared to be vertical on all sides but the Pennine Way goes over the top so I set off on my climb.

In a short while I saw my second human beings of the day. A small group on the way down. I was keen to hear news of the ascent and conditions ahead. They said they were locals and that they often make the climb. I looked at the girl. She was wearing denims and one leg was soaking. She had fallen down a hole covered with grass and full of water. But she was cheerful enough. I said, “how old are you?” “Six”, she replied.

It got worse. Admittedly the climb up the other side was more gentle but when I reached the summit there was a crowd up there including a couple with a poodle, several fell runners in skimpy outfits and the hardened elderly.

I walked down the easy side of Pen-y-Ghent into Horton in Ribblesdale and drank a pint of Fosters in the Crown. The time was just 2pm. I didn’t dare go to the farm in case they thought I’d come by bus. 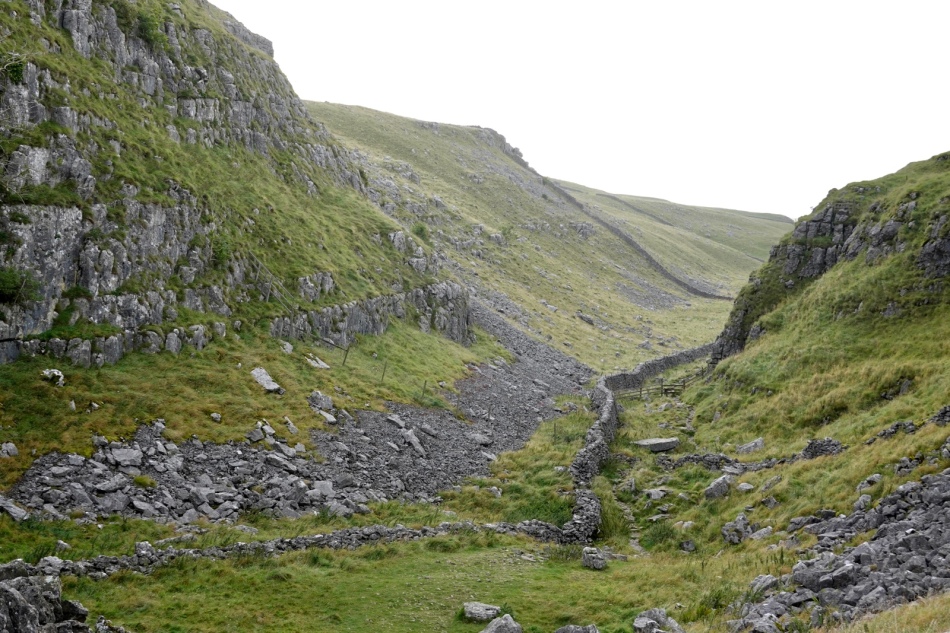 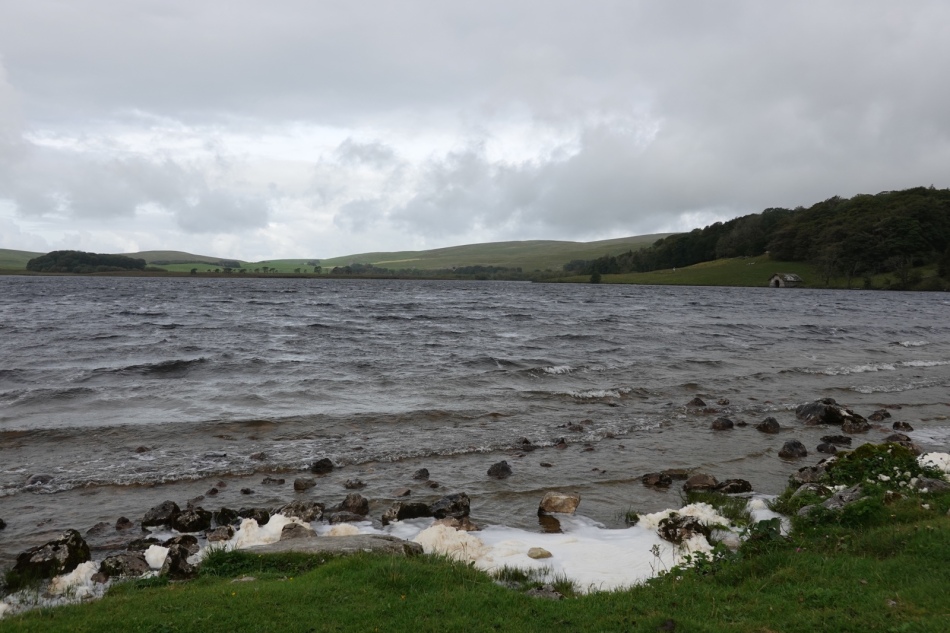 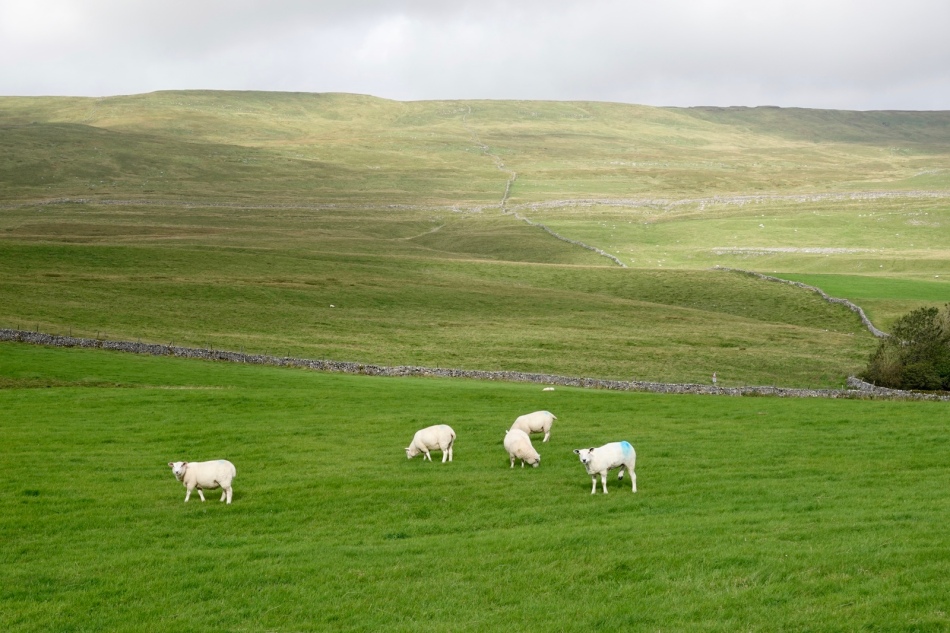 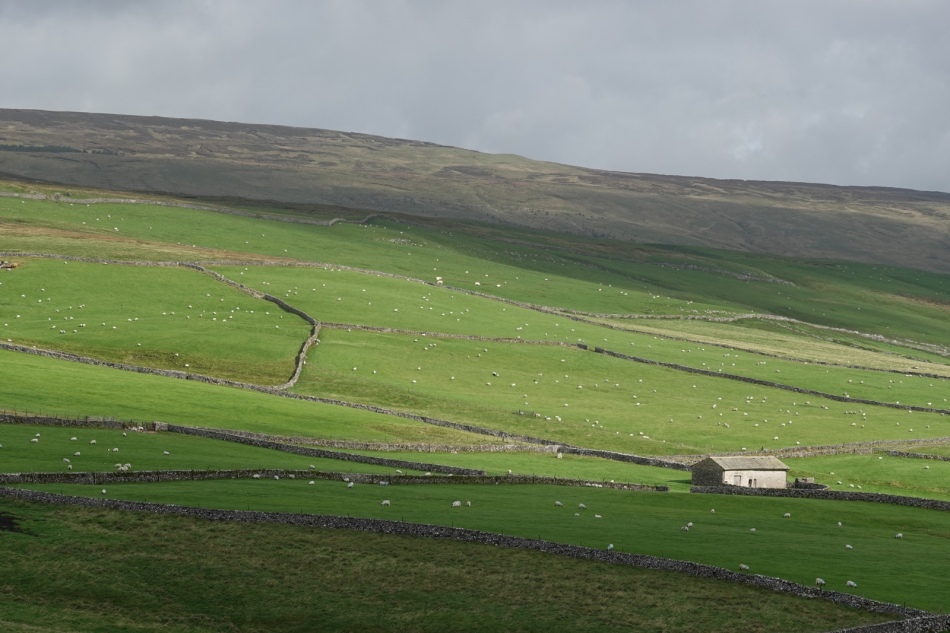 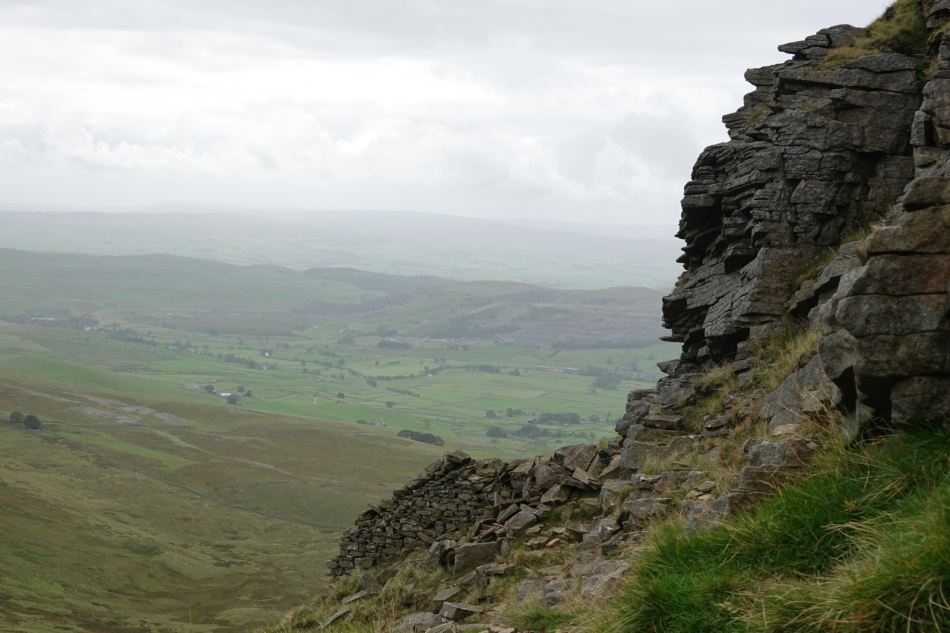 The climb up Pen-y-Ghent