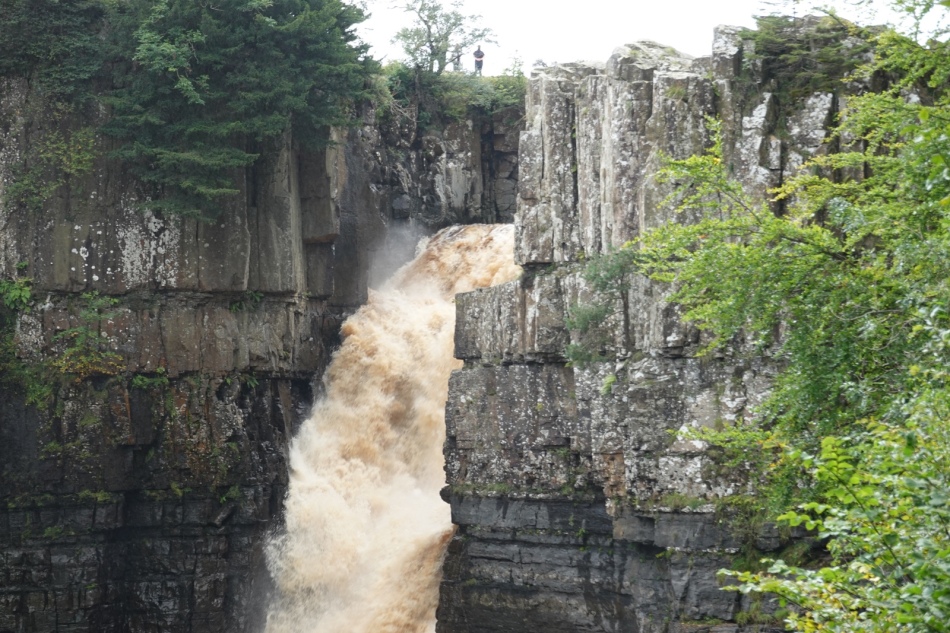 Middleton to Langdon Beck and back

Today was almost a rest day because I have two nights in the same place, the Brunswick House Guest House in Middleton, and only a delightful walk along the River Tees for the morning and then a taxi back to Middleton.

It started well. Once again I ate scrambled eggs and smoked salmon for breakfast then set off. The sun was shining and I wondered whether to return for my sunglasses but I was heading west so I continued.

At first it’s a standard river walk although the Tees was very full and fast flowing. There were the usual sheep in the fields. After awhile some white water is evident and then the waterfalls begin. First comes the Low Force, an impressive array of rocks and water plunging some six metres downstream. The Wynch Bridge (1830) runs across it but it doesn’t feel like it will for much longer. An old sign requests only one person at a time on the bridge but in the current negligent times of social distancing this was ignored.

Apparently “fors” is a Viking word for waterfall so it makes sense that after Low Force comes High Force, an impressive 21m plunge of the entire river. Well worth the £2 admission charge.

Sadly by then I had developed a full blown case of food poisoning and I was able to compete with the majesty of the falls with my own Stomach Churning Force. It can’t have been the breakfast because when I mentioned it to Andrew Milnes, the owner of the Brunswick, he told me he’d eaten the same thing for breakfast and was fine. I sent off another email to Contours and they called me back to check on my recovery. From now on, they said, I’ll be on the high fells with no escape and they offered me a taxi alternative which I declined. It’s amazing. One could do the whole thing by taxi.

I also told them about the complete idiot who runs the Apothecary Guest House in Haworth, a virus denier who insisted on shaking my hand but I equally virulently stepped back. I like that word. I wouldn’t have used it if it hadn’t popped up on the iPhone.

Unfortunately I’m running out of places to eat in Middleton. I was banned from the pub last night. I ordered Teesdale lamb chops which were served almost raw. I sent them back for a further 5 minutes under the grill but the chef refused and sent them back to me. I told the waitress this was rubbish; she rather unnecessarily told the chef who then sent me a message written in red felt tip (or blood) on a napkin which the waitress once again unnecessarily delivered to me. The manager said they wouldn’t charge me for the meal but I insisted on paying. “How about 50% off?”, he offered. “No”, I said “I’ll pay every penny on principle”. 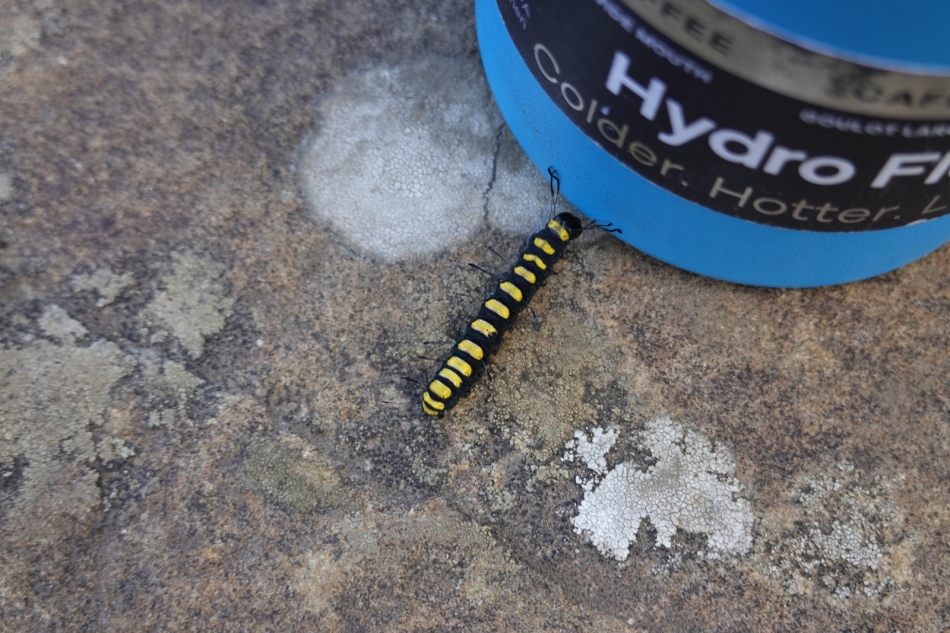 View from the Wynch Bridge

The remains of my breakfast

16 comments on “Day 31 – A Low Force, A High Force and a Stomach Churning Force”