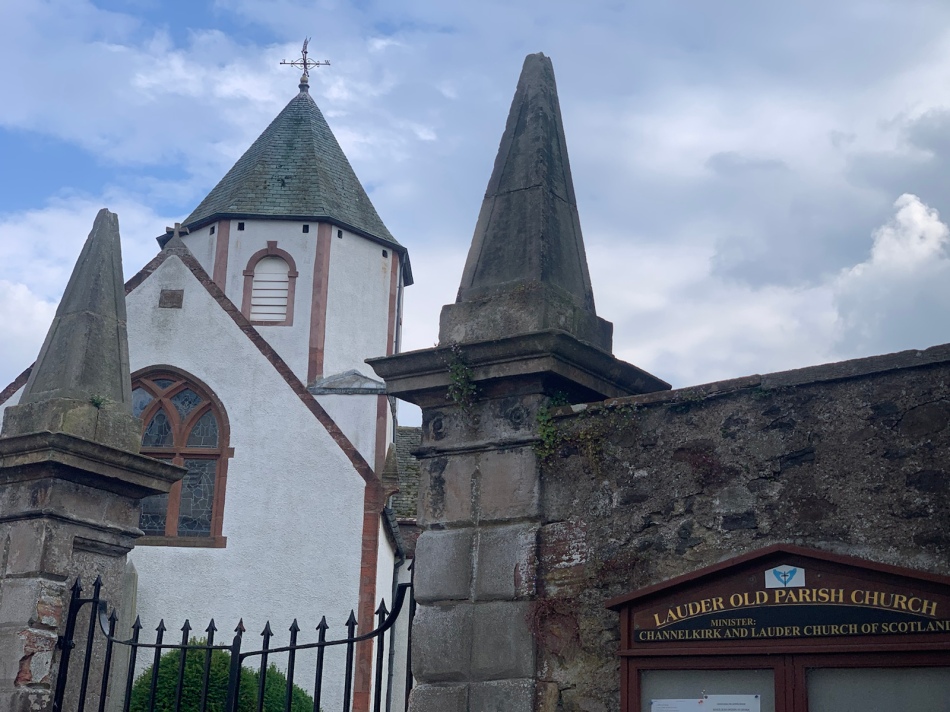 After four consecutive 30Km days on the wilds of the Southern Upland Way, today felt like a rest day. Not only was it short but it followed a Roman road which facilitated a brisk march. Two thousand years ago it was the main York to Edinburgh expressway but today there was only me and some sheep and cattle.

We’re supposed to spend the morning exploring Melrose Abbey but I did that last year on the way home from Holy Island. I therefore departed Melrose quite early this morning and arrived in Lauder when the day was still young. I got coffee, then lunch, then a beer in the pub before I dared approach the B&B for my room.

It wasn’t a day to take photographs. The walk was rather ordinary and I was focused on where I was putting my feet, among the cattle. I would prefer there to be no cattle anymore. They make a mess in the field, they have a dreadful carbon footprint and occasionally they kill people walking on the footpath. It happened last year to a man who was just three days ahead of me on the Pennine Way, near Hadrian’s Wall. So now I give them plenty of space. I check they all have udders too.

I was also thinking about Europe and wondered whether it will be possible to return in 2022. It will be 50 years since I took all my savings to the bank and bought 10 travellers cheques of £2 each and the first ever InterRail ticket for £27.50, only available to those under 21 (imagine that), and set off for a whole month to explore Europe. I was 17 and nothing has affected me more than that first taste of freedom in 1972, and the trips that followed into every part of the continent.