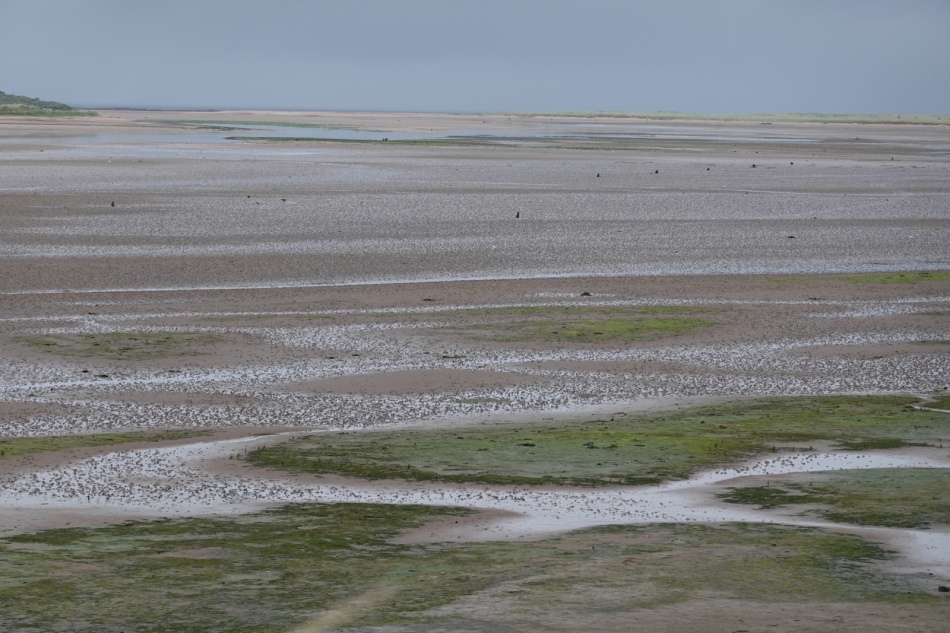 I’m walking the John Muir Way backwards. The prevailing winds are westerlies so most walkers would start in the west and head east, if there were any. That’s how the guidebook is written. I started this morning at John Muir’s family house and headed west into the wind and rain. There’s no other way to walk back to the west of Scotland for the West Highland Way. Try standing on the east coast of Scotland facing those westerlies and reading the JMW guidebook backwards. It doesn’t make any sense, particularly when you’re heading to East Linton and North Berwick.

Starting a new footpath is slightly nerve racking. Where are the waymarks and what do they look like? Unlike France or Switzerland, every footpath in Britain is signed differently so they each have their own personality and it takes awhile to become familiar with them and to understand where they’re pointing. The SUW was very good. The yellow waymarks were friendly and welcoming, even out on the open misty moors. You couldn’t get lost. The JMW uses purple stickers that are easily mistaken for promotional material, particularly when you’re facing the wrong way.

Despite all that, I had a pleasant walk along the coast and then a brief diversion into East Linton for Barney’s Coffee Shop at 11am. Large cappuccino and a slice of Rocky Road, personally served by Barney. Imagine popping into Starbucks and finding Howard D. Schultz grinding the beans.

A few wheat fields later I arrived in North Berwick, a nice seaside town. There’s no other Berwick, or Linton for that matter. It’s very confusing. I’m off to find some fish and chips.