Here’s another village with a peculiar name, Pomps. I set off from Pimbo in good spirits with Fr, a French chap who was in Le Presbytere and also in Pimbo. But when we reached Arzacq Arraziquwt, I stopped for a coffee and caught him up later. It wasn’t long before I met the pilgrim who fell out of bed and I walked with her for awhile. She is French but lives in Tehran which made for an interesting conversation. In due course I had to move ahead because I needed to maintain a better pace.

After a few more kilometres I saw F, the pilgrim ghost coming towards me looking like he’d just emerged from one of the upper layers of Dante’s Inferno. He was red, sweating and agitated. In his excellent French he told me that it was hot ahead. Very hot.

I soon caught Fr and as we descended into the valley the temperature rose to 31 “feels like 39” said AccuWeather. After not terribly long, our interest in the landscape waned, churches were ignored and only a refreshment stop was discussed. We were told there was a shop in the next village but it was closed for lunch. A chocolate vending machine stole a Euro without apology. The heat was unbearable and after 20 Km I wondered whether I’d be able to complete the next 9 Km. Madame Claudine’s vehicle passed us but didn’t stop. But then in the next village someone had set up a little stall in their front garden with tea and coffee for the pilgrims. There was also a cake tin but it was empty. I left a euro in the little tin for donations.

After that we struggled on, no shade and you could feel the heat radiating off the ground. What a time to get a heatwave as we tackle 5 consecutive days of 28 to 30 Kms.

Eventually Pombs came into view. It was 2pm and the gite only opened at 4pm because it was a town owned gite rather than a private one. We dumped our bags and I scanned the surrounding fields. In the distance, shimmering in the heat haze, I could just make out the welcome sight of some tables with umbrellas. Was it an oasis? Or a mirage? It was real and a sign said Ouvert. In we went to be greeted by a huge selection of cold beers and some baguettes. Order was restored for the moment.

Back in the gite, Mademoiselle had arrived for her shift. She was very efficient, despatching pilgrims to the beds while processing payments and cooking dinner. We all dined outside but the heat continues. F, the pilgrim ghost has parked his luxury camper van in the grounds and I’m tempted to move in with him rather than face a night in a garden shed style dorm for 15 in these conditions. However the mother of all thunderstorms is forecast for 9pm so hopefully I’ll get some sleep. 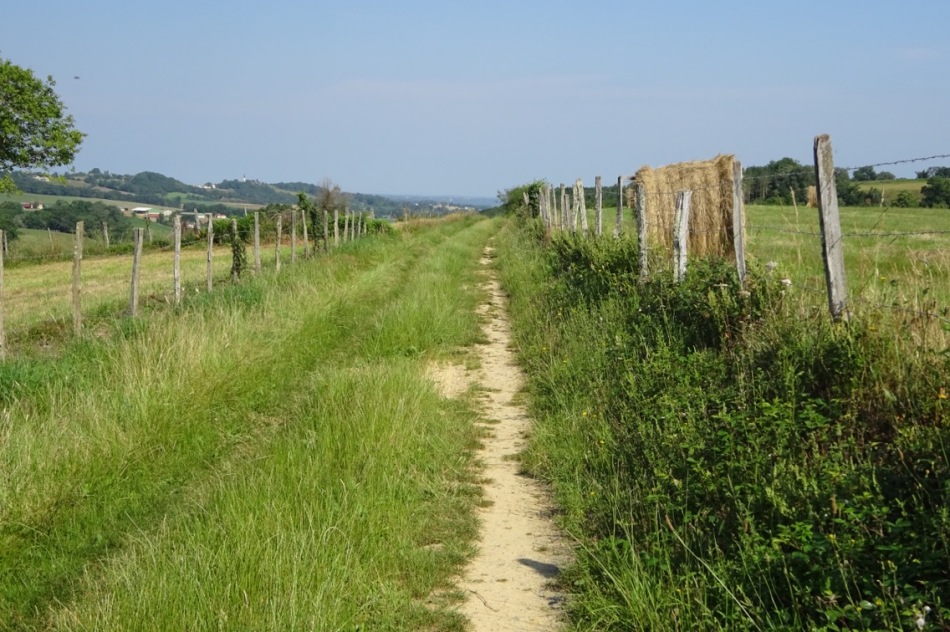 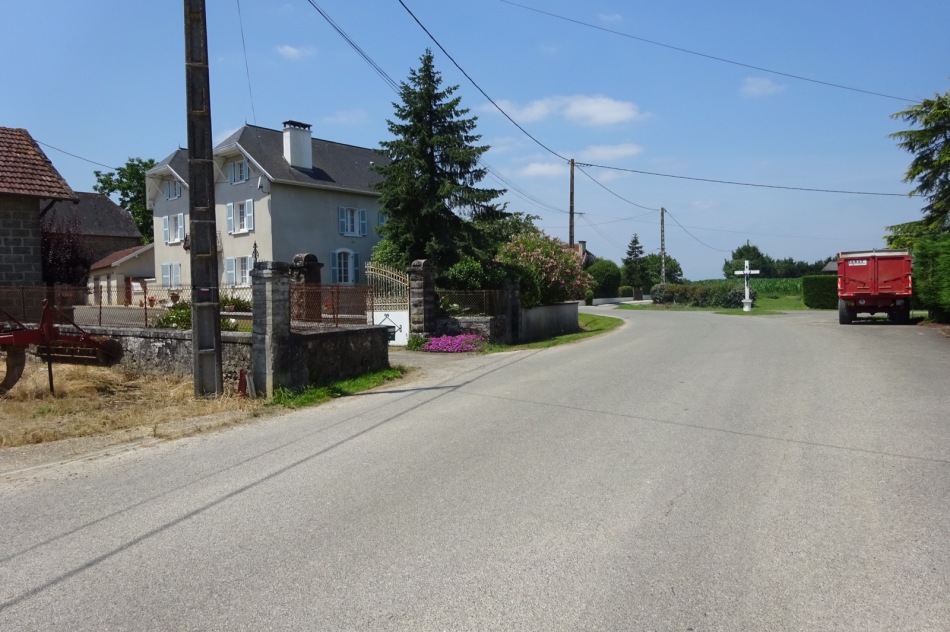 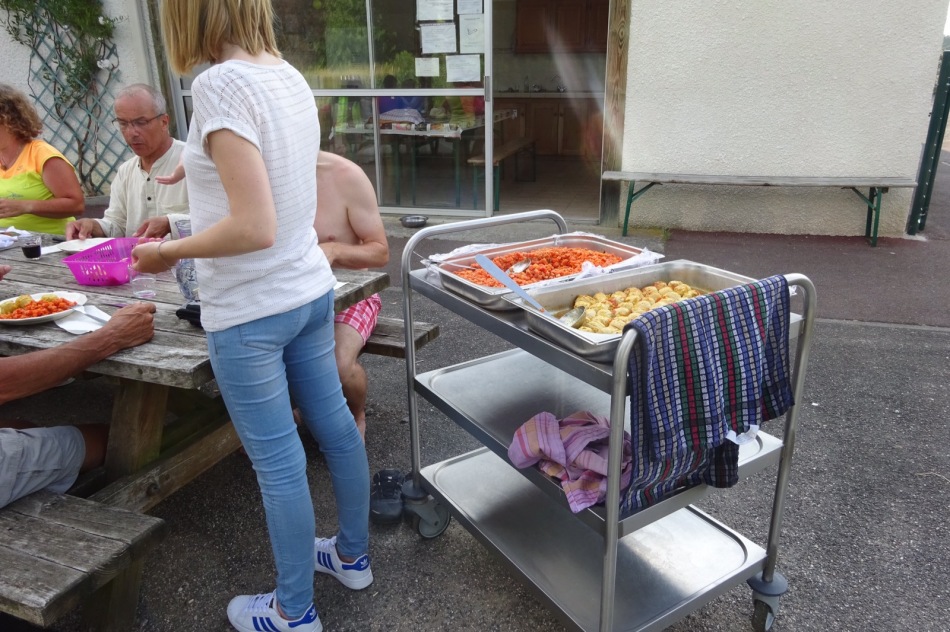