Actually I enjoyed my stay in the Tatsukushi-en minshuku last night. It was right on the beach. I had the window open all night listening and sleeping to the beautiful Pacific Ocean crashing on the shore. And thinking of the lucky wild sea turtles navigating their way around the world.

I realised very soon that the lady owner who lived there alone was very old and troubled by bad legs etc. She was beyond maintaining the house and everything was worn out. There must be many people like her running these pilgrim accommodations for a little money and to have a purpose in life. The dripping taps and broken bits and pieces told her story. She looked after me like an elderly relative and the run down state of her house didn’t matter anymore.

I had planned a 27Km day but it became 41Km and I loved almost every bit of it. I was in good spirits and tore off at the crack of dawn along the coastal road through a series of tunnels which gobbled up the distance. I had the road and the whole coast to myself.

One of the odd things about Japan is the difficulty of recognising a cafe. I’ve probably walked past many without realising. This morning I passed a house with a sign which said coffee in English. It looked closed but I opened the door and went inside. The owner welcomed me to his empty cafe and sat me down in the corner with my backpack and staff completing the table. His wife soon appeared to inspect this man from Weybridge. They made me a delicious cup of coffee with chocolate biscuits. Soon the place was buzzing with locals ordering the full Japanese breakfast. And when it was time to pay they said o-settai and wouldn’t accept a yen.

On I went and soon came to the 10Km walk in the woods. I could have continued along the road but the sign was clear enough: Pilgrim route this way. I should have stuck to the road because I was soon deep in the forest, hacking my way through the undergrowth. To be honest, the trail was always clear and incredibly well signed but since the last pilgrim all the spiders had spun their webs across the trail and were hanging in the air. I felt like a majorette with my staff twirling through the air clearing the webs and then pounding the ground to clear any ground living undesirables from my path. I was glad to rejoin the road at the Himenoi Bus Stop.

A short walk brought me to my planned stopover, a dull apartment block. There was nobody about and when I called the telephone number there was an answer phone. I said cancel and walked on. The next town was just 12Km away and was ideally placed for Temple 39. I arrived as the sun set and checked into a business hotel.

The Mother of all typhoons is currently heading straight for Shikoku, due Saturday. I’m open to any suggestions about what to do. 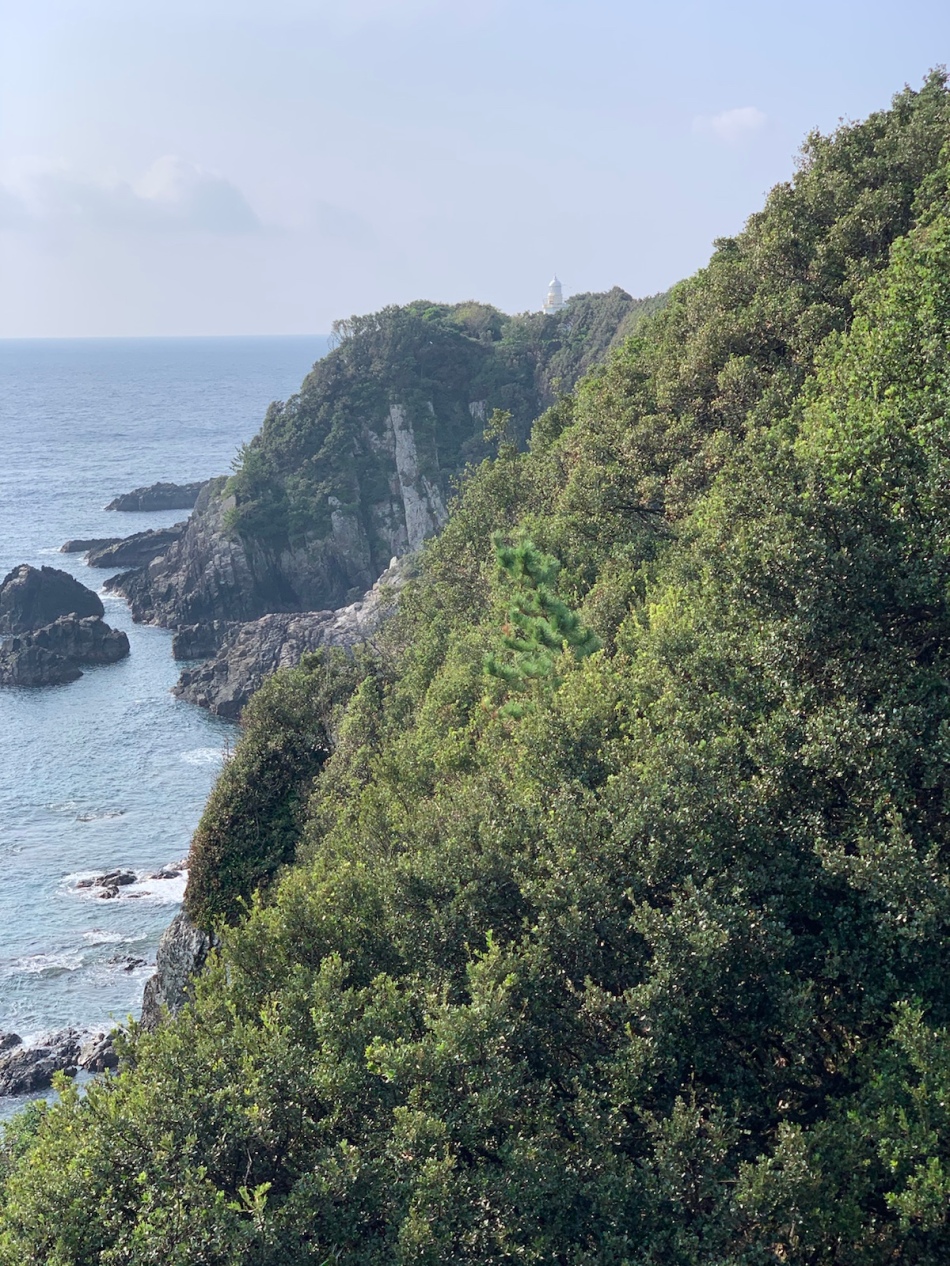 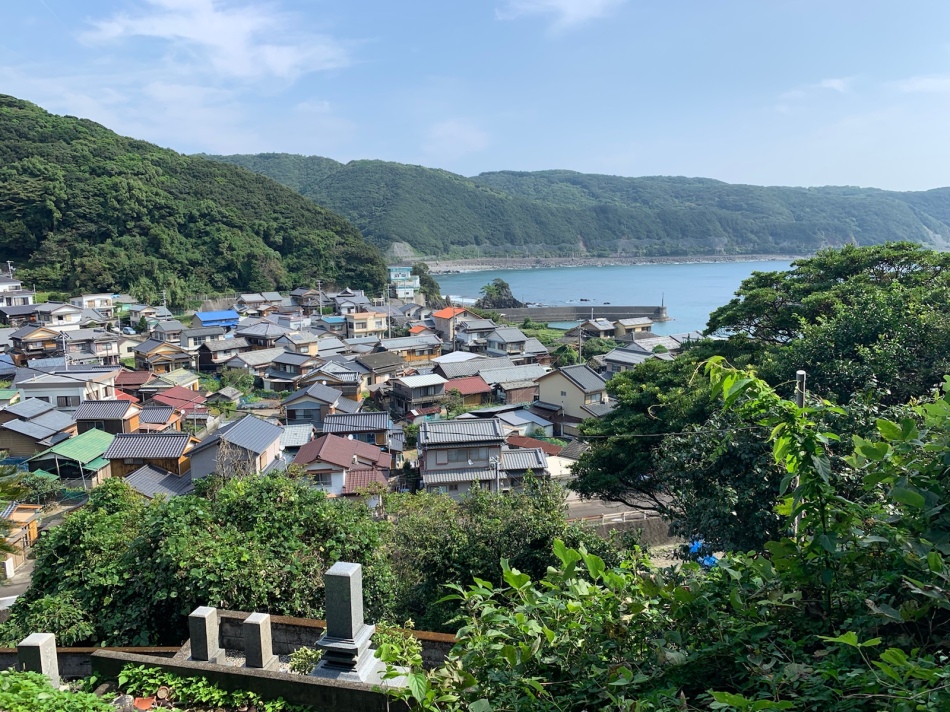