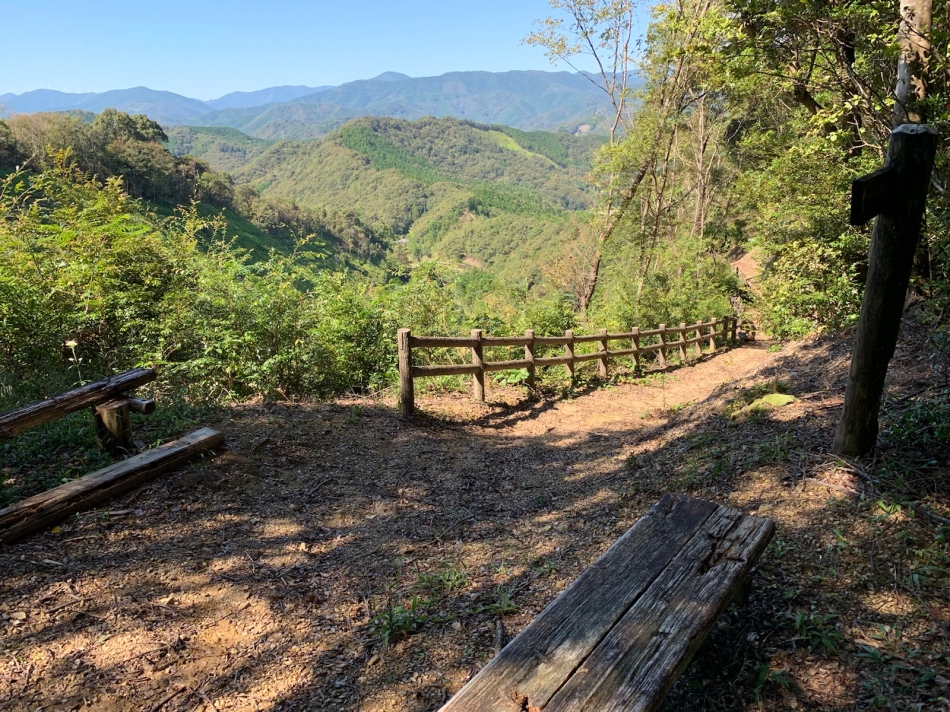 I was happy to reach Sukumo last night even if it meant staying in a business hotel. A business hotel is a place where Japanese business people go to smoke. Probably all night long. I had a smoking room and wondered what I’d been missing all my life.

This morning I had a 5Km journey each way to Temple 39. Pilgrims who chose to backtrack from Temple 38 were now coming towards me and so I met an Australian man called Stephen. We had a little chat and he told me he was walking in stages. Previously he walked in April and said there were many more pilgrims and the weather was nice, not the extreme humidity and heat that I’ve been enjoying. I hope to catch up with him because he seems a very nice chap.

Shikoku is full of barbers and on the way into Sukumo I popped into one. The barber was very pleased to see me. I climbed into the chair and after double checking that I really did want my head shaved like the monks, he set to work. We had the usual chat in my basic Japanese and afterwards he wouldn’t accept payment. O-settai, he said.

I collected my pack from the hotel and bought lunch supplies from Lawson because I decided to walk straight up and over the mountain rather than taking the road around the bottom. Once again it was another excursion into Shikoku’s wild side. The trail was very well signed so even though you don’t know where you’re going you’re confident you’ll get there. There were encouraging markers as I approached the top where I set up my picnic in the ruins of a shrine.

The decorators were working on Temple 40 but it was still very restful sitting in the late afternoon sun breathing the incense.

Dinner this evening in a local feeding house. I had a delicious tofu and vegetables in a meat sauce. I know what you vegetarians are thinking. And then Stephen walked in. He’s planning to sit out the typhoon here. I would prefer a long tunnel. 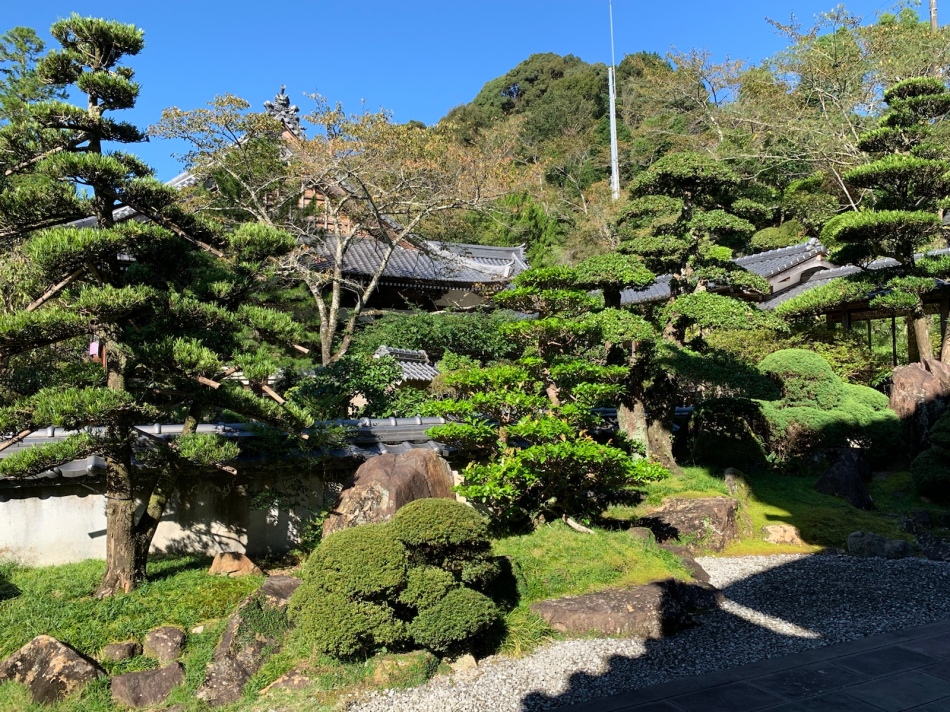 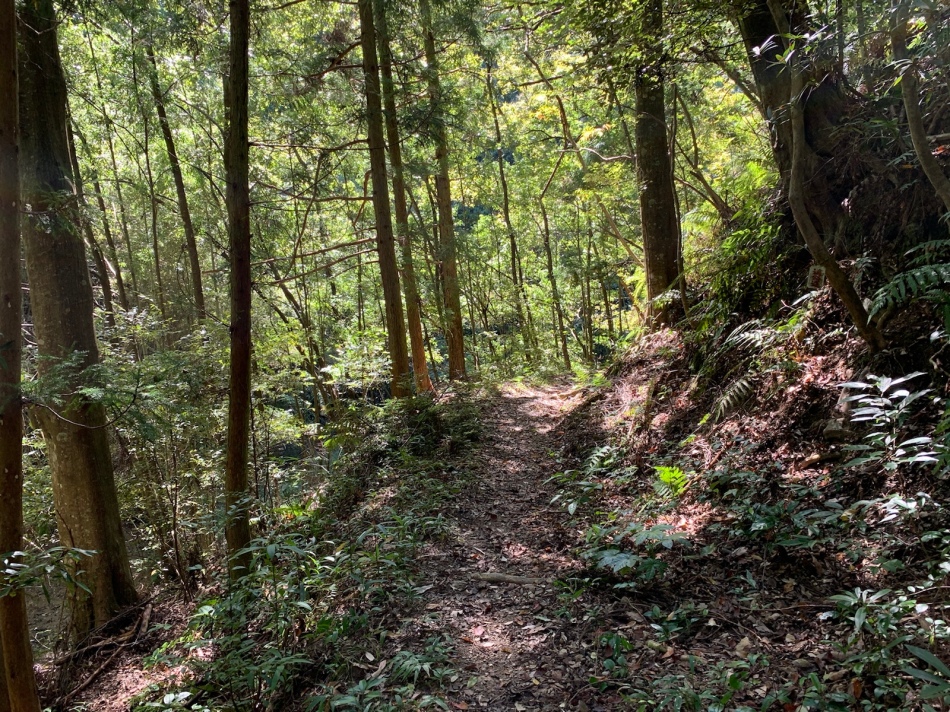 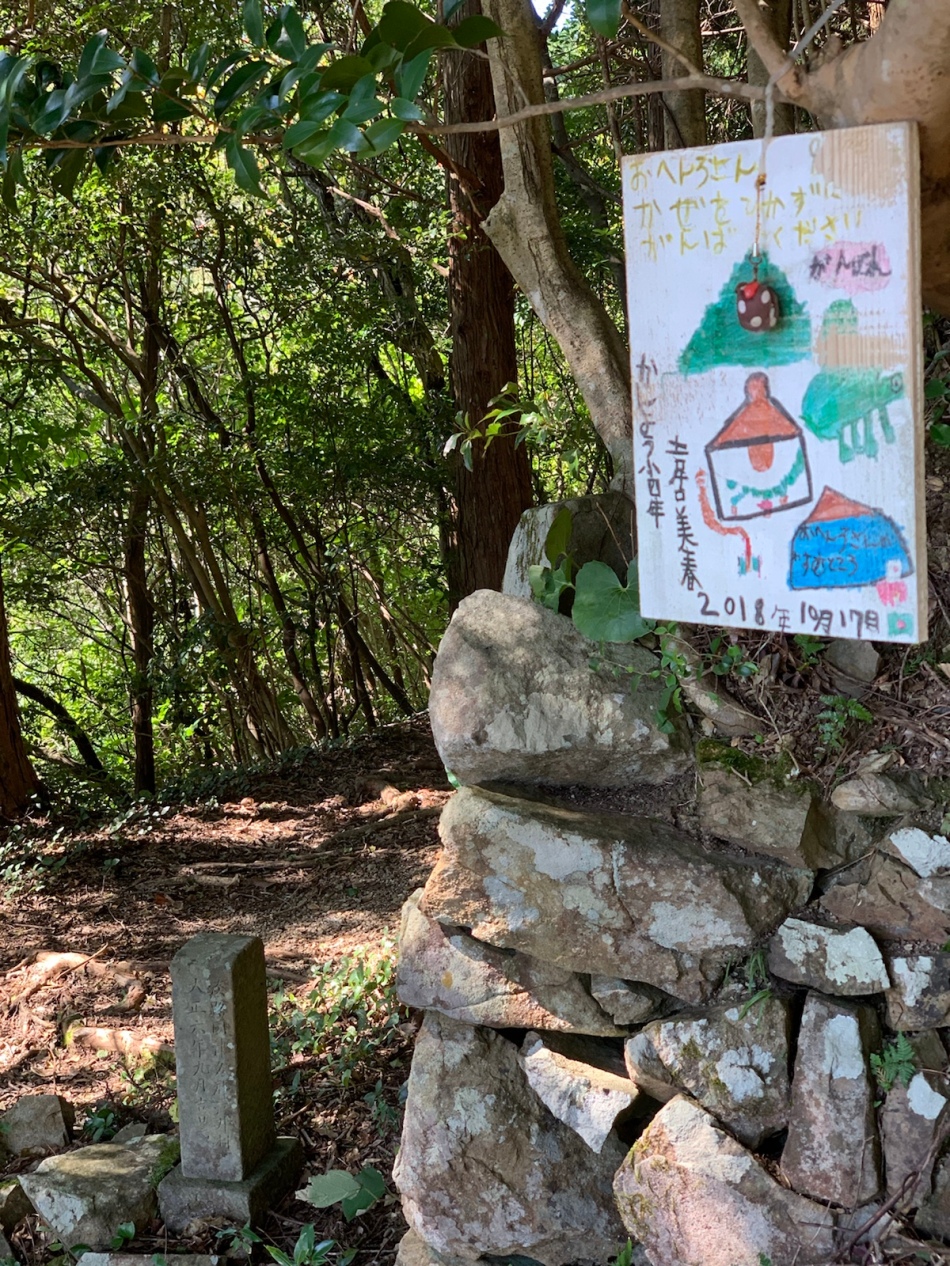 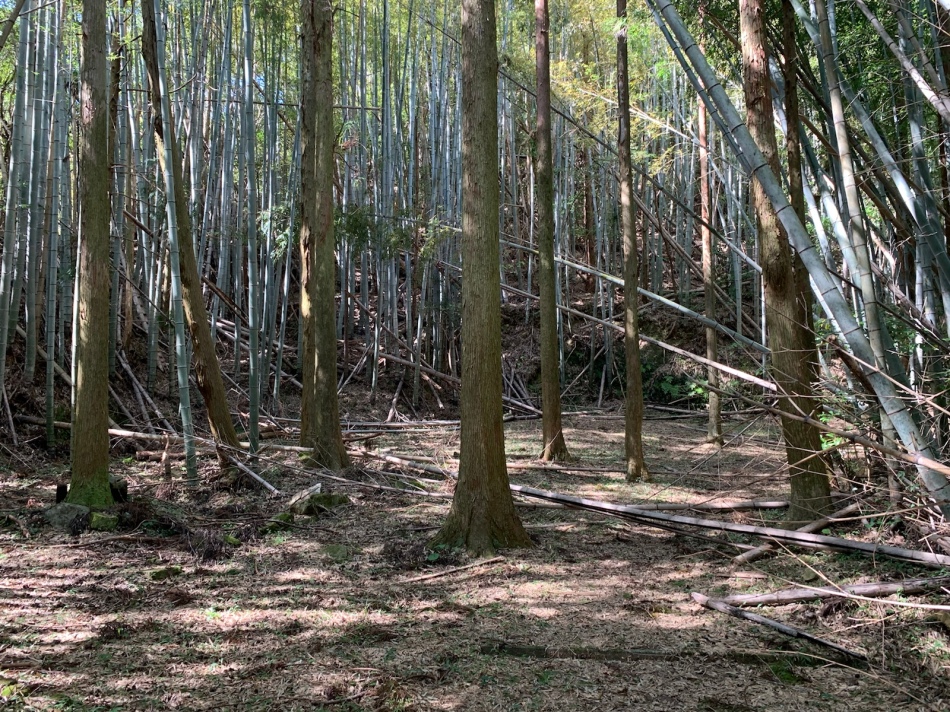 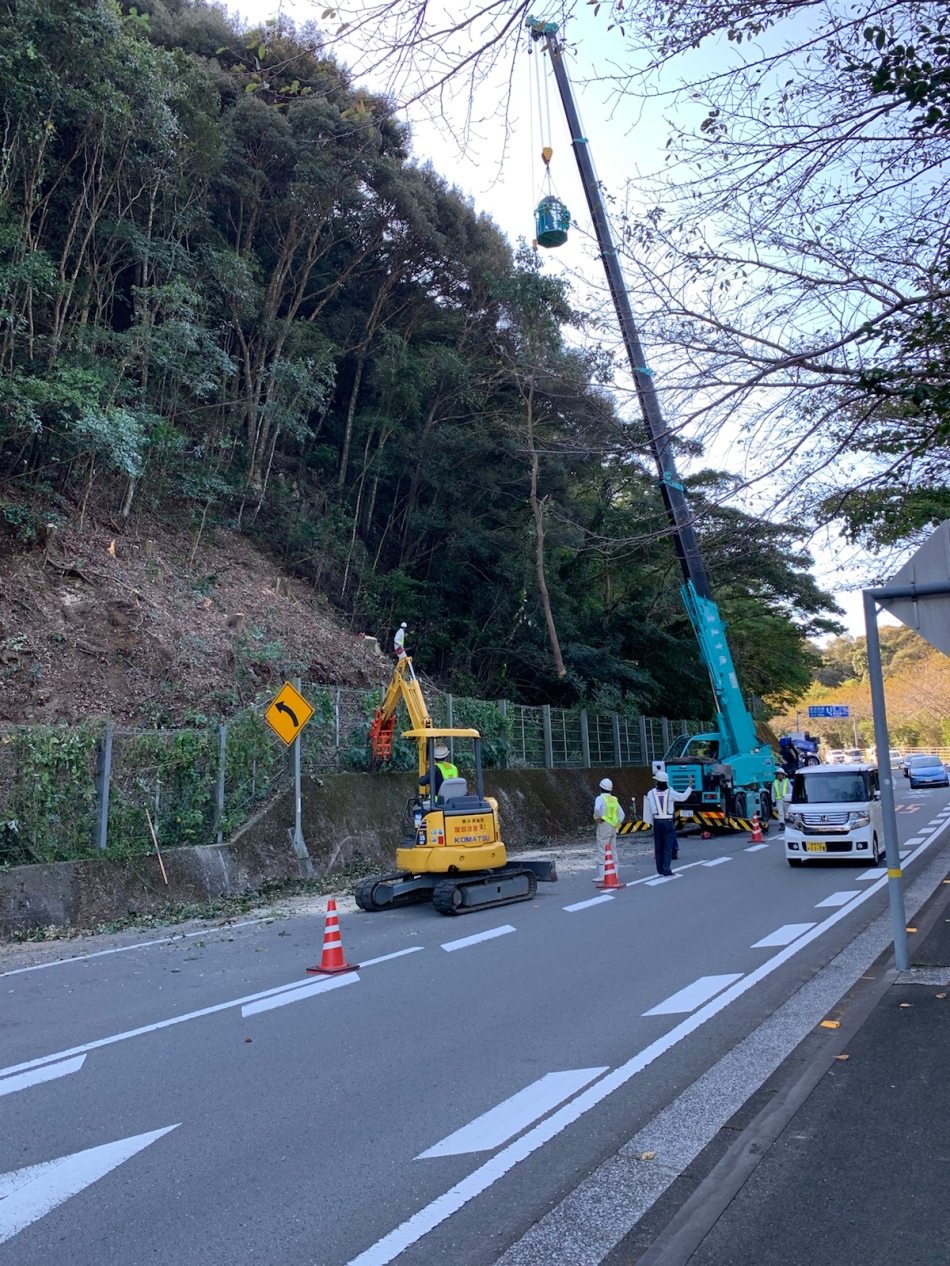