I planned a long walk today due to a lack of accommodation along the way. It started out as 37Km but just like buying a new car, the price soon rises as extras are added. The route to Temple 44 has two options. The first took a straight line to the temple. It’s the shortest and the one chosen by the inexperienced. 37Km. It makes few concessions for the terrain or vegetation and therefore takes the longer time and needs the most effort. Option two follows a winding road for awhile before taking a shorter trail over the mountain top. 40Km. It looks quite straightforward on the 1:60000 map.

I committed to option two and after awhile I reached a rest hut where I ate my Family Mart rice triangle. I looked again at the map and had a vision of open moorland and me stomping along at 5kph. But a glance around me told the truth. Vertical slopes, dense forest, rough trails and Shikoku wildlife in abundance.

A third option presented itself. A road through the valley climbing steadily through tunnels and cuttings, 43km. A Japanese pilgrim in the hut scoffed at my suggestion. He looked at my map and indicated the approved route with his finger and thumb and then stretched them far apart to show the length of the road option. He set off for the hills and I set off along the road. I never saw him again so we’ll never know.

But I did meet Laurent further along the road. Laurent is camping wild and we’ve met several times already. I asked him why he wasn’t up in the hills and he said he’d had enough of the snakes. I told him you won’t see snakes if you don’t look for them and I recounted an incident from a couple of days ago when I was walking down a mountain road with Sato san. He was just telling me how much he loved nature when I kicked a large conker into some old leaves at the side of the road. I must have scored a direct hit because an indignant snake rose up in shock and thrashed around to get his bearings before slithering off at speed. It was the size of a boa constrictor. Sato san said it was a big one but harmless. “We have them where I live In Tokyo”, he said.

I was pleased to walk with Laurent because a companion helps the kilometres fly by. We arrived at Temple 44 as the sun was sinking and the light was dazzling. The temple was drop dead gorgeous. It’s high in the hills surrounded by 800 year old cedars, the incense hangs heavy in the air, temple bells ring out as new pilgrims announce themselves and there is the subtle sound of chanting.

It was awhile before I realised my accommodation was 4 kilometres away. I think 47 kilometres is a PB. 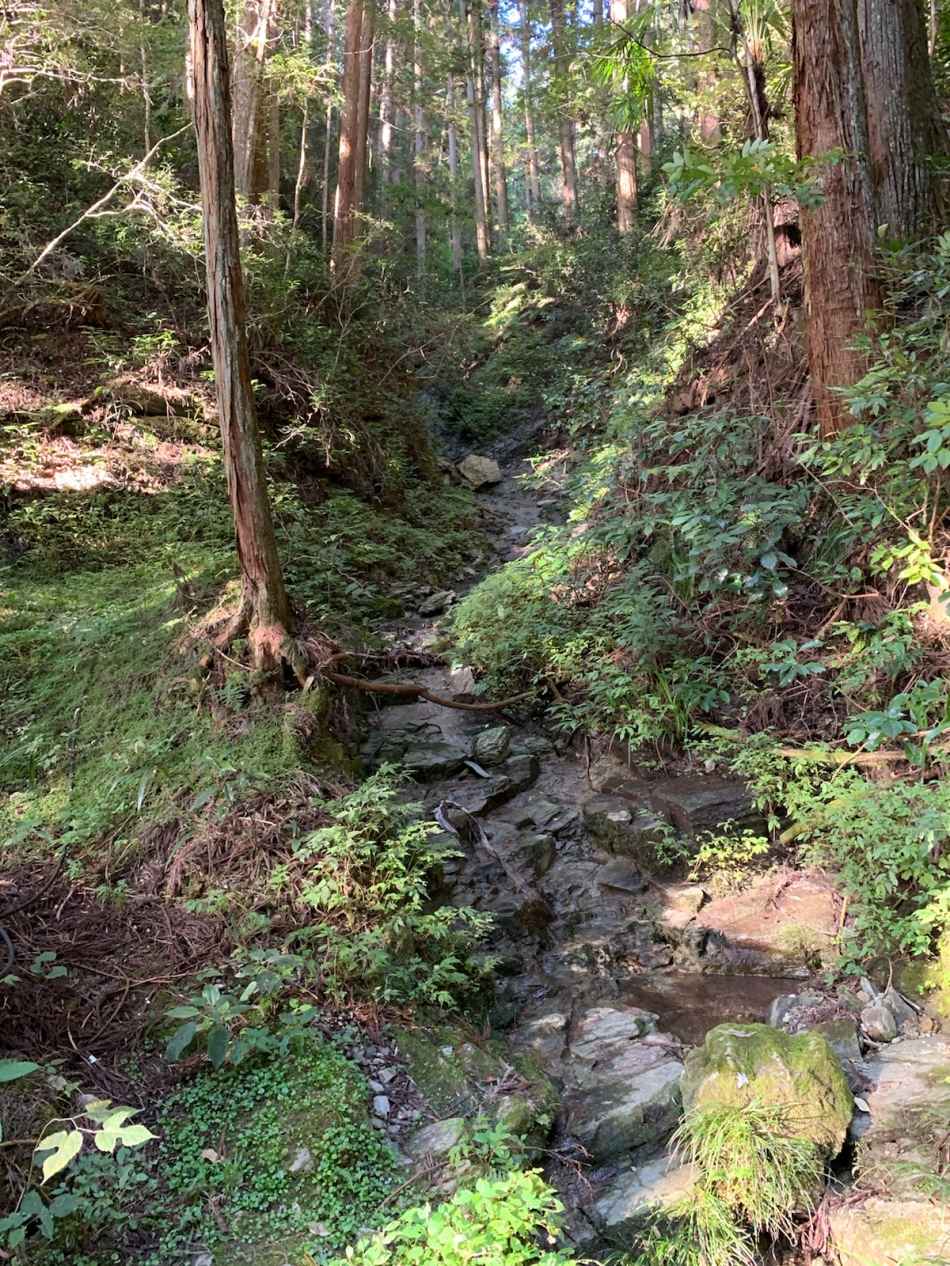 Temple 44 in the cedar woods 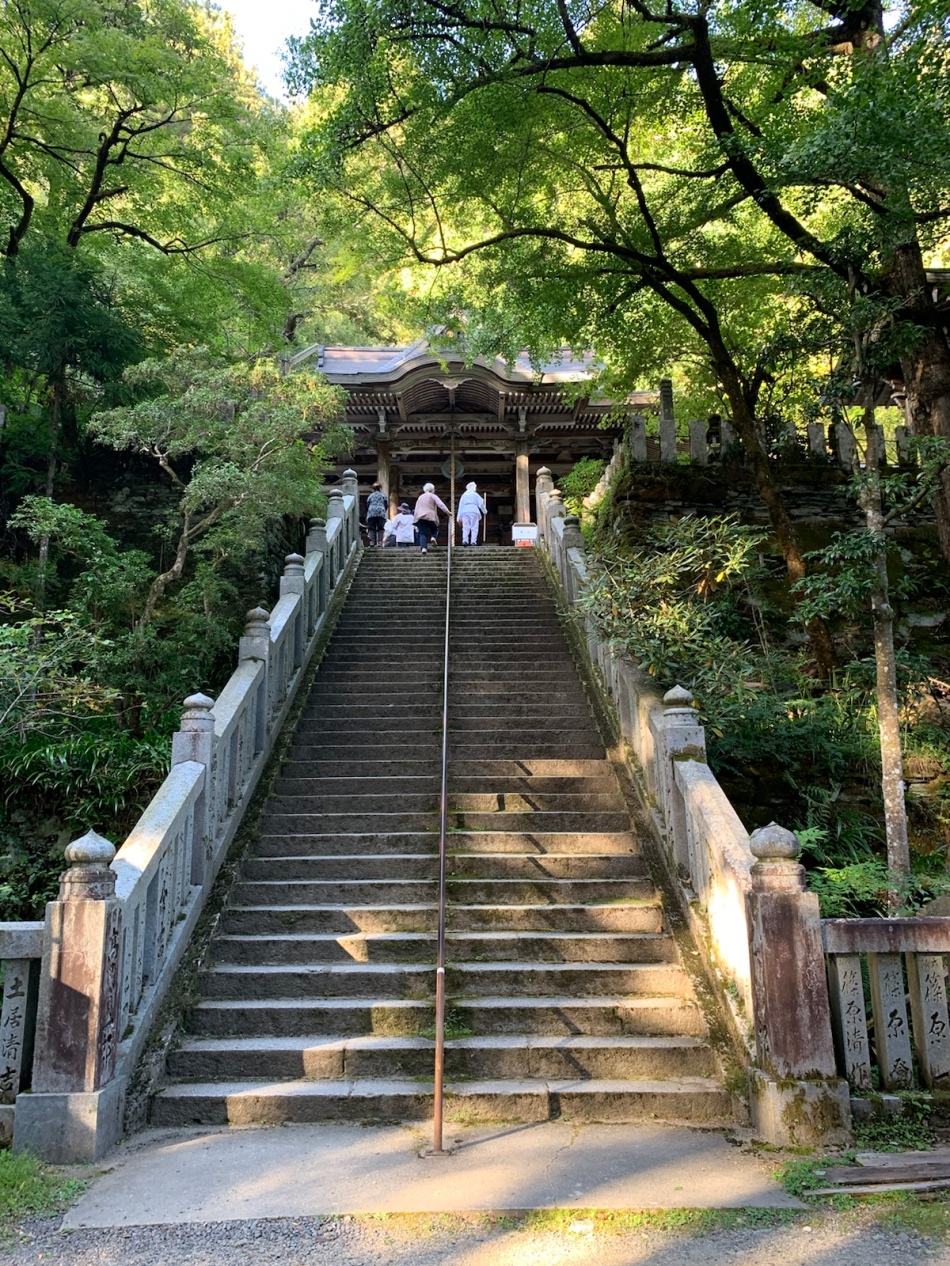