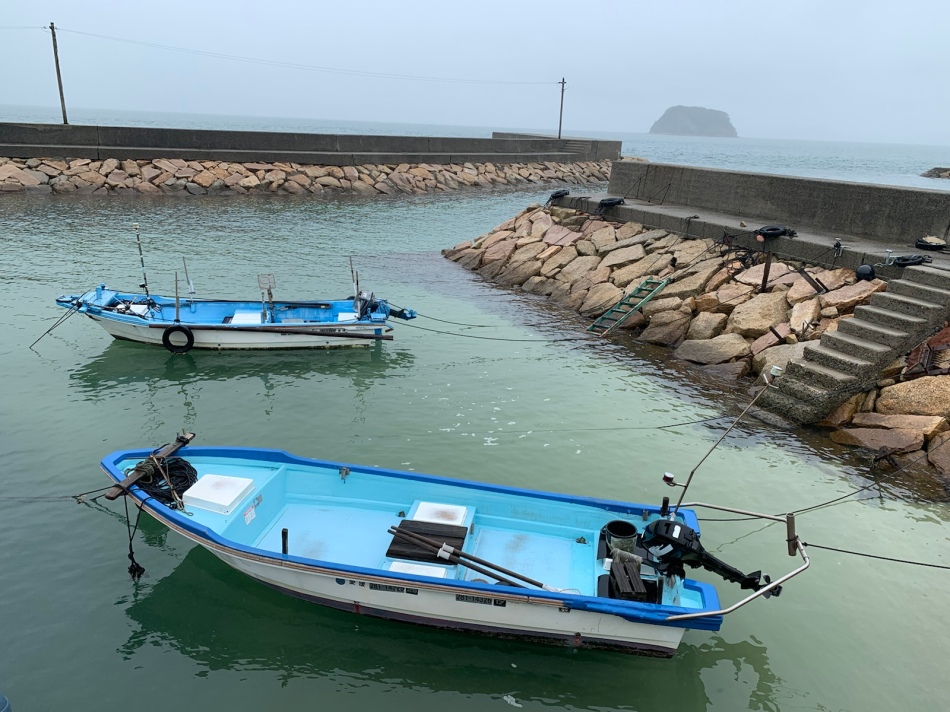 As I walked through dilapidated Hojo yesterday afternoon looking for my accommodation I was prepared for the worst. But as I wrote yesterday, the accommodation was fabulous and the warmth and kindness of the owners will live on in my memory. I’ve stayed in so many wonderful homes on this pilgrimage. It adds a hugely important element to the overall experience of walking the 88 temple pilgrimage.

Just imagine arriving in a fine Japanese house dripping wet and feeling underwhelmed by the days walk. Soon I was enjoying a hot shower, all my rags were twirling around in the washing machine and then I was drinking tea on the tatami mats.

A Japanese pilgrim arrived and we all dined together. It was like a revision lesson of all my Japanese classes. How old am I? (This is a favourite question and not at all rude). What family do I have? How old are my children? What are my hobbies? Soo desu ne! All four of us were the same age. All fumbling with reading glasses.

I caught sight of a CD of Bach’s sonatas and partitas signed by the artist and a good stereo system. Culture! Music! The lady, Yoko, showed me her paintings of Matsuyama castle with impressive calligraphy. I told her I’d visited the Shiki museum in Matsuyama and she told me the calligraphy was a haiku by Shiki.

I was their first ever British pilgrim and I signed their wall of distinguished and honoured guests.

After dinner they made reservations for me for the next few nights which are critical. I declined breakfast but that was unacceptable and this morning I was greeted with toast and coffee. And fruit. Another wonderful stay like so many before. I’ve never experienced such hospitality as I’ve found on Shikoku. Before I could leave we had an endless round of photographs of all possible combinations and then I set off in excellent spirits.

Soon the rain fell and I returned to the dreary landscape enlivened only by an oil refinery. And the two temples were dreary too. I checked into the Plaza hotel in Imabari but there was no one there to put newspapers into my damp boots or hang my wet clothes.

My last remaining challenge of the day was to find dinner in downtown Imabari City on a Saturday evening. There’s not a lot of choice but I saw a few lanterns down an alley which indicates dinner and an impossible menu and walked straight in. I might have just walked into someone’s house. A woman welcomed me and showed me a few empty tables but I sat at the bar. Two men were drinking beer. I must have interrupted the conversation, it being somewhat unusual for a British man to stroll into their parlour. I ordered beer and any sort of fish as long as it was hot and part of a set (including rice and the usual bits and pieces).

I mentioned that I am a pilgrim walking the 88 temple pilgrimage and that broke the ice. The woman herself had completed the pilgrimage twice, including the 20 bonus temples, by driving. When had I started? How long would I take? The beer flowed, a young man in charge of the stove produced the food and I tucked in. Two more girls appeared and set to work preparing vegetables. They were Chinese. The woman said they were either cute or scary (it’s virtually the same word in Japanese). Everyone agreed.

I ate the fish with the white stuff which I now know is radish and added some soy sauce. And everything else except for a small dish of what I thought might be eel. That caused a bit of commotion and someone fired up Google translate. However, one of the Chinese girls came to the rescue and produced a large Japanese aubergine, or egg plant as she said. I explained the difference in terminology and she giggled in a scary sort of way. カワイイ