As I opened the door this morning there was an enormous flash of lightning followed by a loud crash of thunder. Ahead of us was Mt Unpenji and Temple 66 at 912m. All the mountains were covered in clouds but our hosts wished us a good walk so off we went. The rain had been lashing down all night and continued. Our mission today was to ascend to the temple and then drop down the far side into the golden land of Kagawa.

Once we were soaked, the rain stopped but the air was thick with moisture and soon we entered the cloud zone where visibility changed from minute to minute as the clouds swirled around. The sun joined in as its early morning rays shone through the trees. Up and up we climbed as little signs hanging in the trees encouraged us on.

We reached Temple 66 soon after 9am and Blanca set to work with her candles and incense. The bell was out of order which was a shame because a single strike would have sent the sound echoing around the mountains. I sat down and looked at the valley below filled with clouds and listened to the almost total silence broken only by an occasional bird. And the sun dramatically lit the landscape.

It was stunningly beautiful. I had to sweep aside all memories of Temples 1 to 65 for here was my Shikoku moment. Last night we planned our escape route if conditions deteriorated; the cable car. But now there was no question of escape. We would walk through the clouds and down the mountain.

The temple had another surprise before we set off. Dozens of life size carved statues lined the path into the woods. Amazing characters that demanded a selfie or two. It was unexpected and surreal. A huge gathering by a temple on top of a mountain.

On the way down, the silence was suddenly broken by the crashing sound of a tree falling down and it made me reflect upon the conundrum of whether a falling tree really makes a sound if there is no one there to hear it.

I stopped to take pictures and saw the ghostly figure of a pilgrim emerging through the mist. It was one of the Japanese men who stayed in the ryokan last night. He joined us for the rest of the day and with the help of Google translate we learned that this is his third Shikoku pilgrimage, he is 69 and is fighting liver cancer. He took us to a ramen restaurant for lunch intending to pay for us but the restaurant people wouldn’t accept a yen.

Now, how to impress your friends. While in the temple I said to Blanca we should book accommodation in Temple 75 which is the temple I visited 4 years ago and I really want to spend the night there. She was surprised I even had a Japanese telephone number which is very difficult for a foreigner to obtain. But when I dialed the number and made the booking for tomorrow night she was super impressed. Of course it was rubbish Japanese but she wasn’t to know and it worked. Dinner, bed and breakfast for two people, two rooms, tomorrow night. Names, telephone number and nationalities. It really made all the Japanese classes worthwhile. Let’s hope they’re now expecting us… 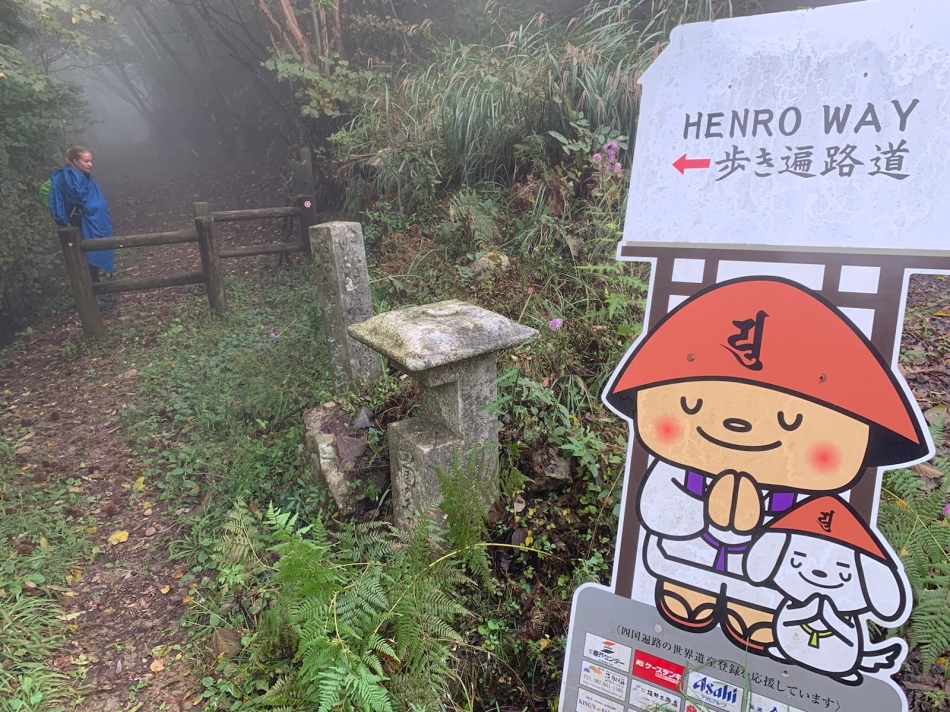 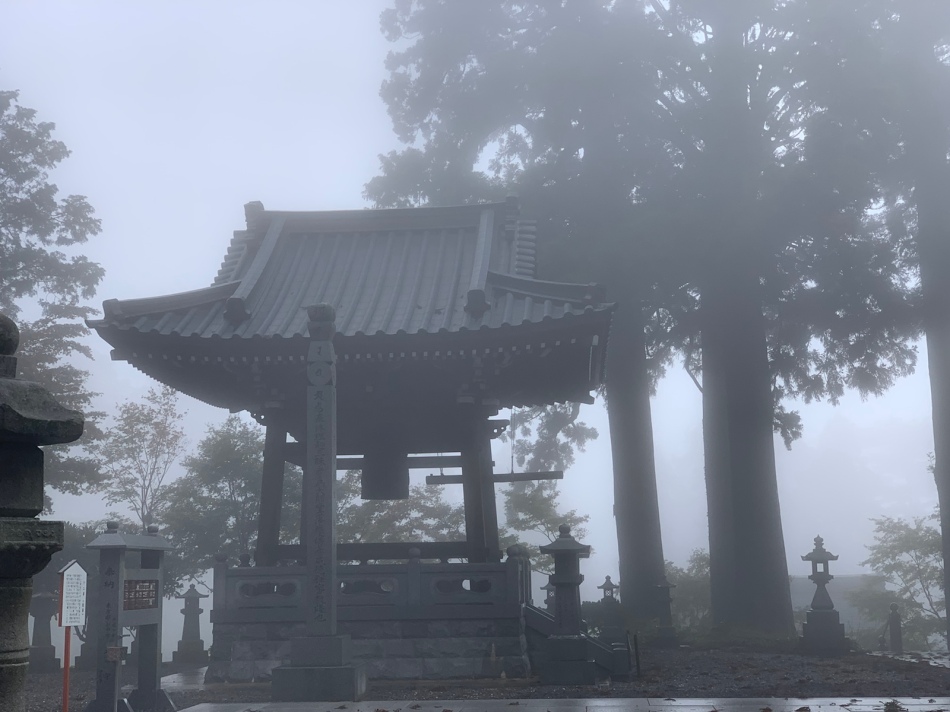 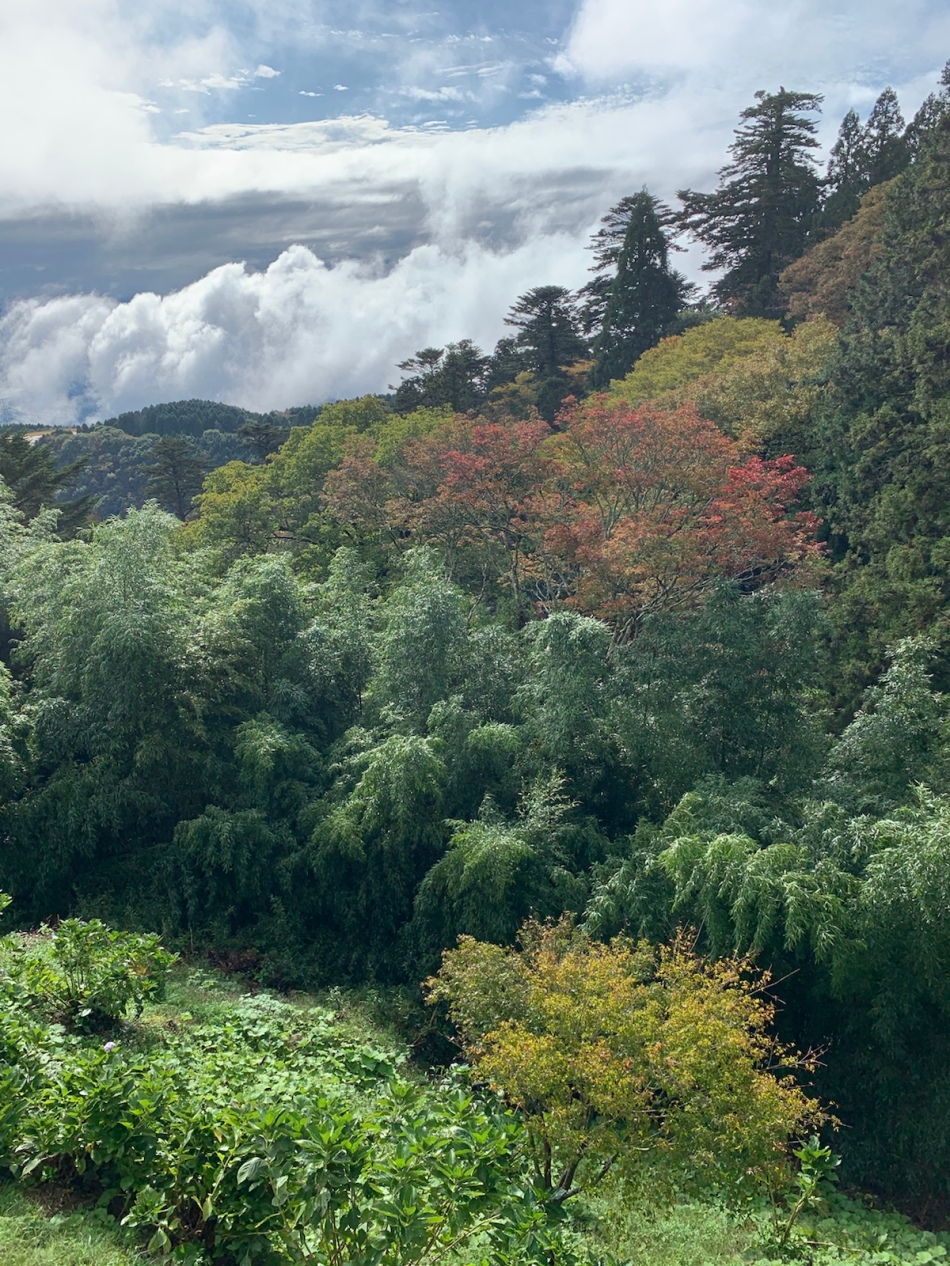 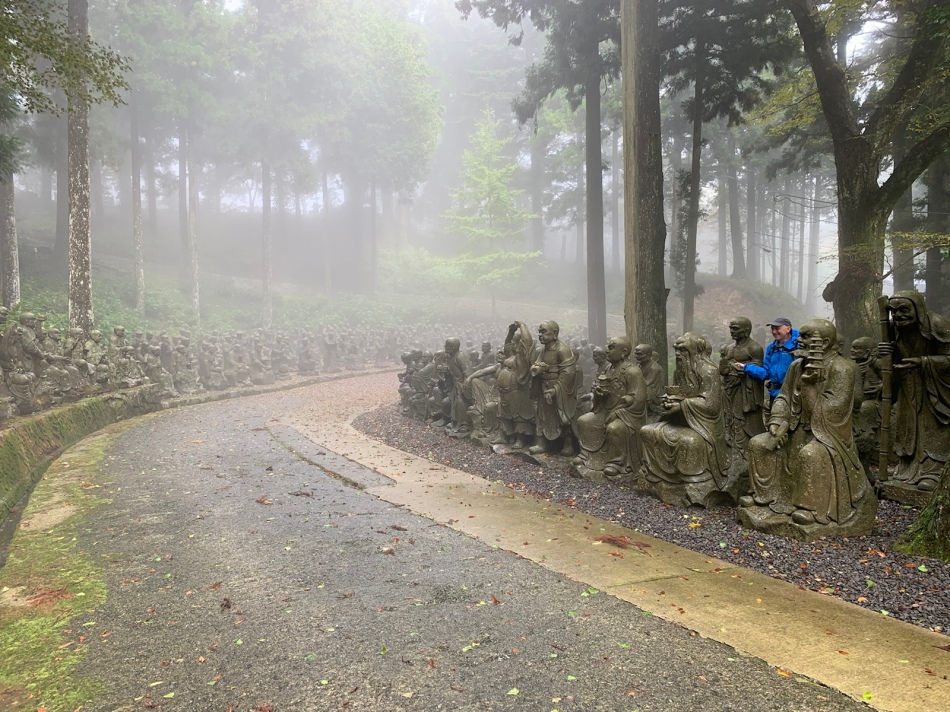 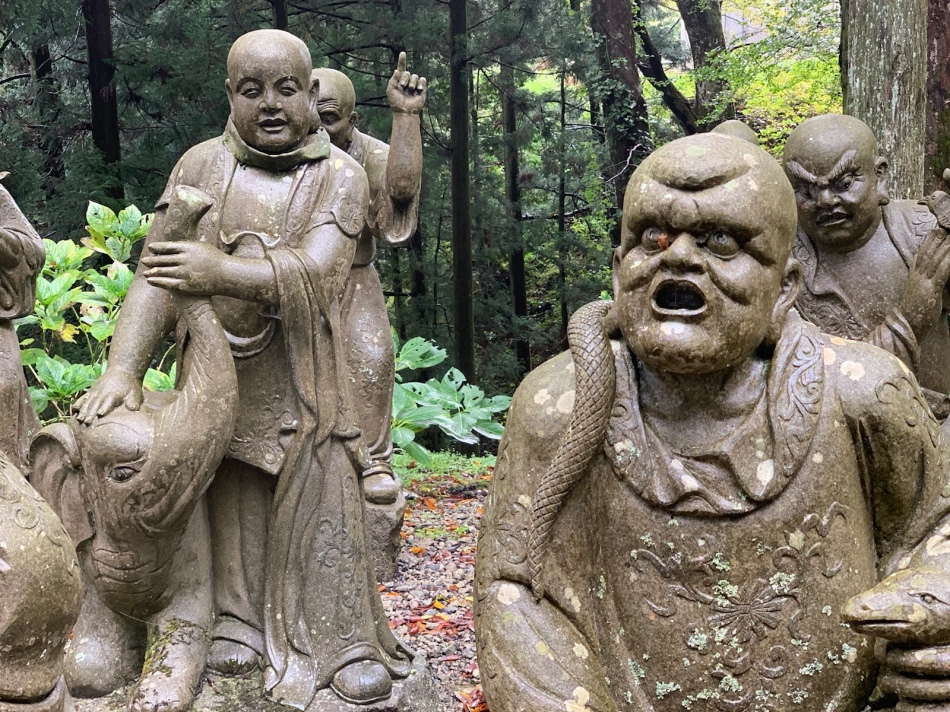