It was like arriving home, turning the corner and seeing Temple 75. I came here four years ago only to see a Buddhist temple. That’s when I learnt about the 88 temple pilgrimage and when I saw the pilgrims, or henro as they say in Japan. It’s the birthplace of Kobo Daishi and is the most important temple on Shikoku. I’ve been looking forward to seeing it again ever since I started this pilgrimage. And this time I’m staying the night which is extra special. Tomorrow morning there will be a service at 6am followed by breakfast.

Today was a challenging day. Seven temples over 26 kilometres is quite a stretch. Blanca kept her temple kit packed away as we decided that a quick prayer at the main temple and the Daishi temple was enough to justify the stamp. That worked well at first. Our inn was close to the twin temples 68 and 69 and we were there ready for the opening of the stamp office at 7am.

Temple 70 was nicer than expected and delayed us awhile. Temple 71 took me completely by surprise. Blanca had warned me several times that it was 221m high which I dismissed as trivial. Perhaps if I had imagined endless flights of steps rising to 221m I might have added more time. The steps went on forever but this was no optical illusion. And not one of those hundreds of steps would have passed a H&S inspection. Eventually we reached the entrance high among the hills and deep in the forest. That’s when the real climbing started, to reach the main temple and the Daishi temple.

It’s normal to leave your staff at a central point when you arrive at a temple and I had a moment of doubt half way down. Had I left it at the bottom or the top? If I continued to the bottom and it was not there I would have to climb back to the top to look for it. Or I could return immediately to the top and either collect it or to be certain it was at the bottom. Blanca does not have a staff. She told me she accidentally left it behind in a temple during the first few days and had decided it’s job was done and had thought nothing more about it. I find that difficult to understand. Surely losing your staff in a pilgrimage is like losing your wallet, smartphone and passport? And she was bemused at me racing back up to the top when she had already told me that it was almost certainly at the bottom leaning against the vending machine. Which is where it was.

After that we had to hack our way through a bamboo forest to reach Temple 72. And then came 73 and 74. All I can remember was the Family Mart store and a ham and egg sandwich for lunch. You can do too many temples in a day but that tends to happen on Shikoku where you can walk days without a temple and then get 7 all at once. 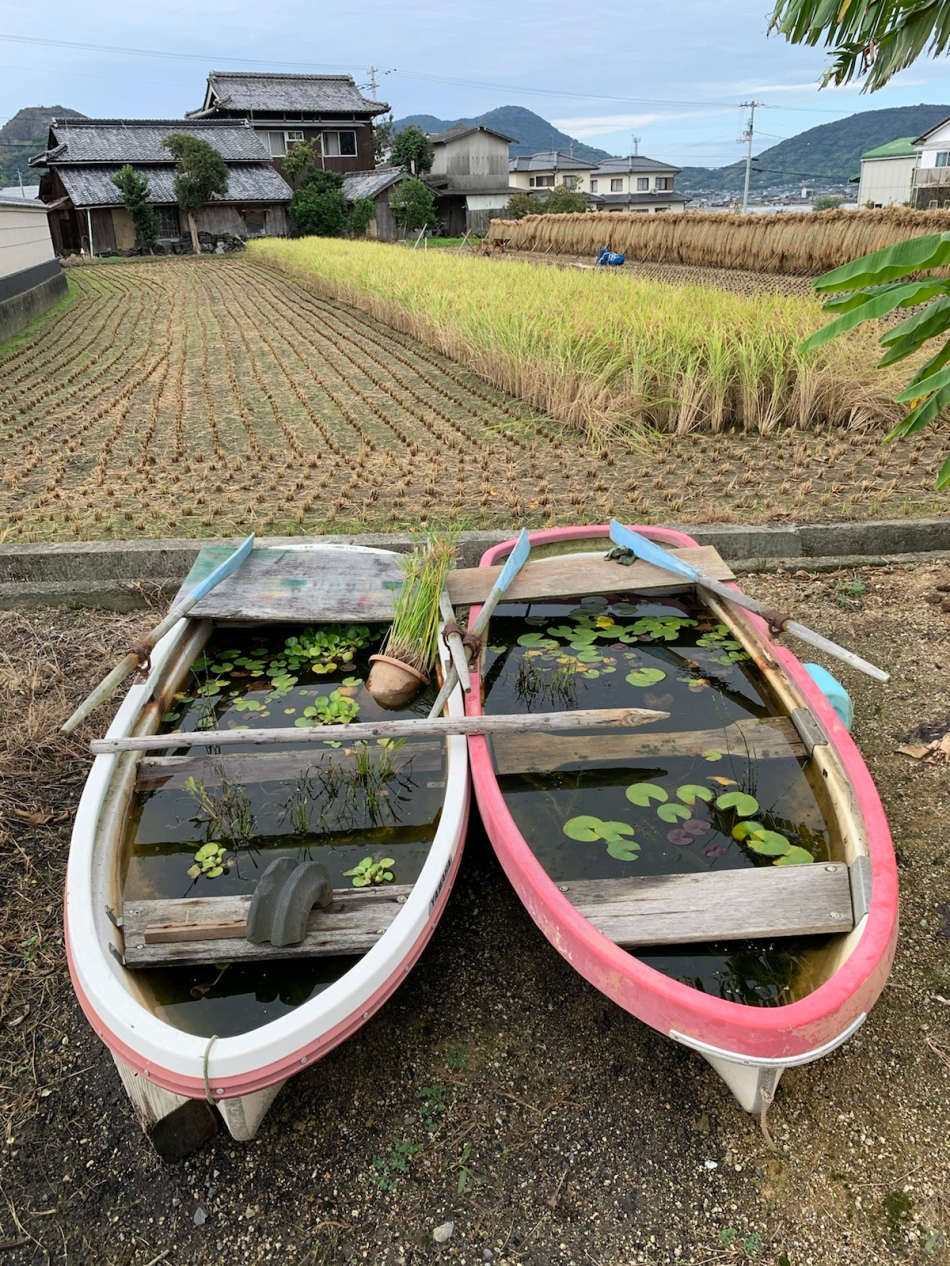 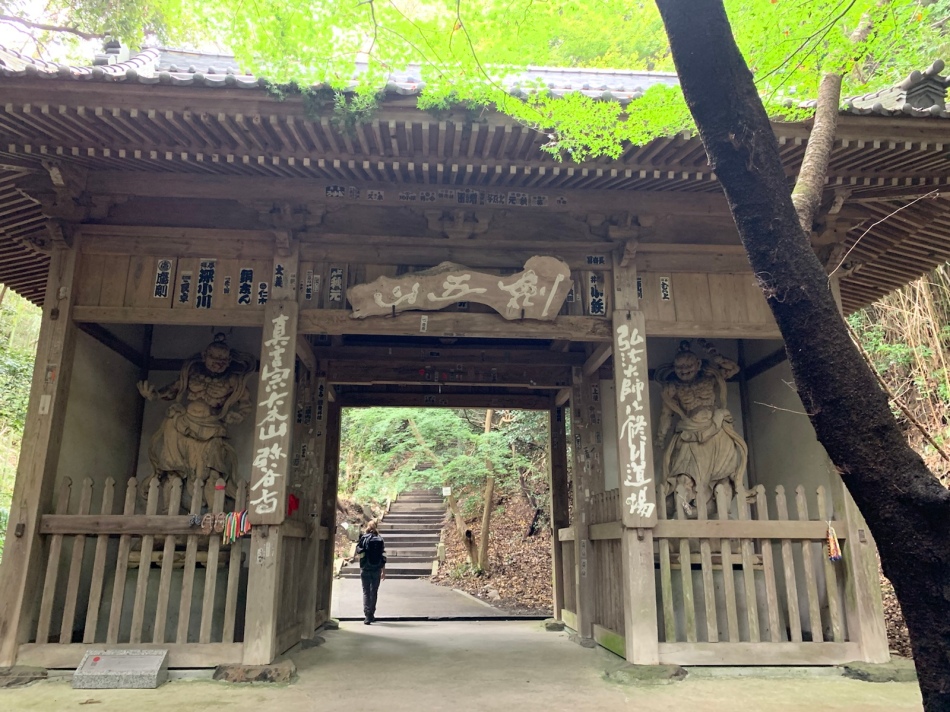 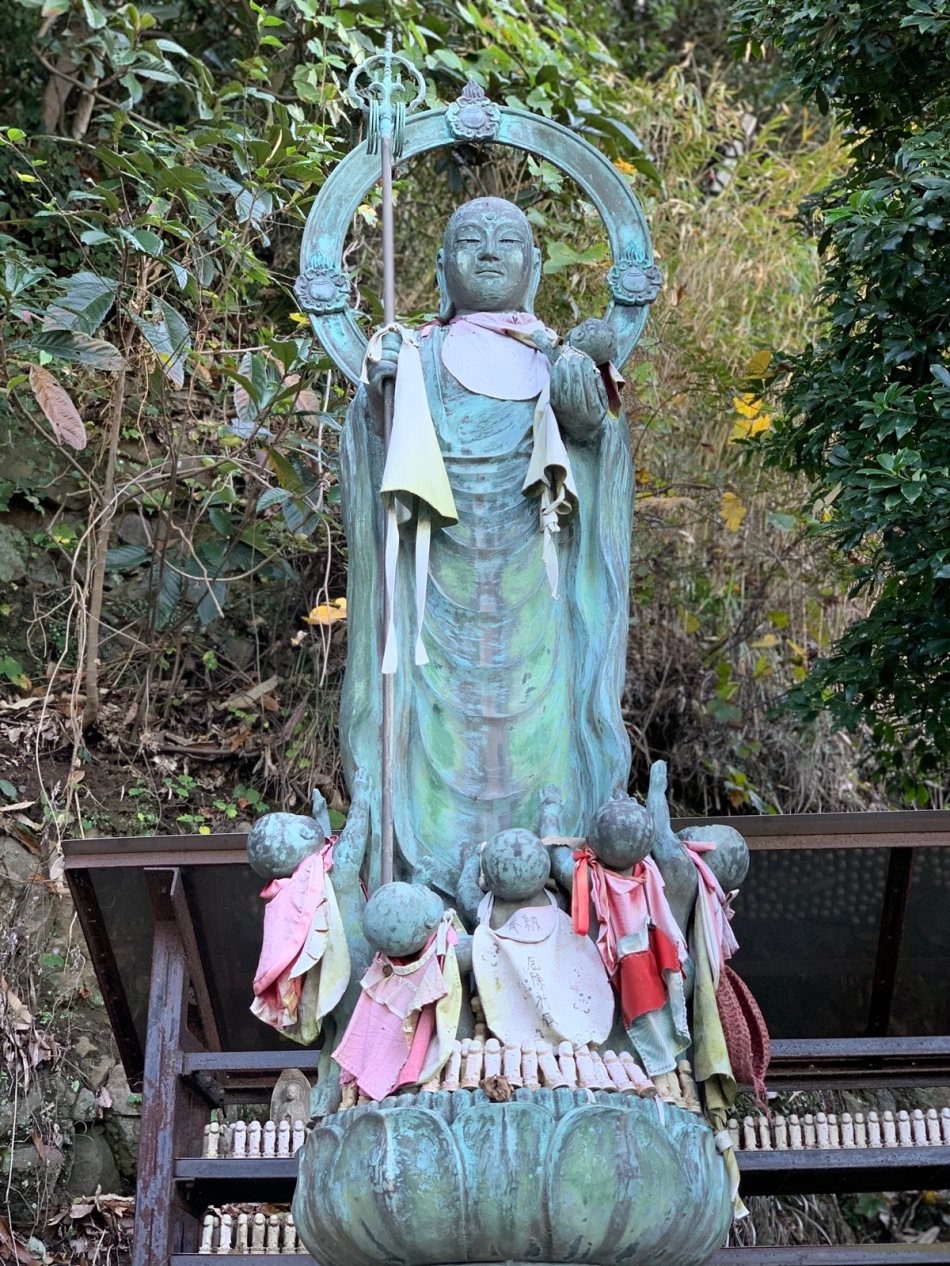